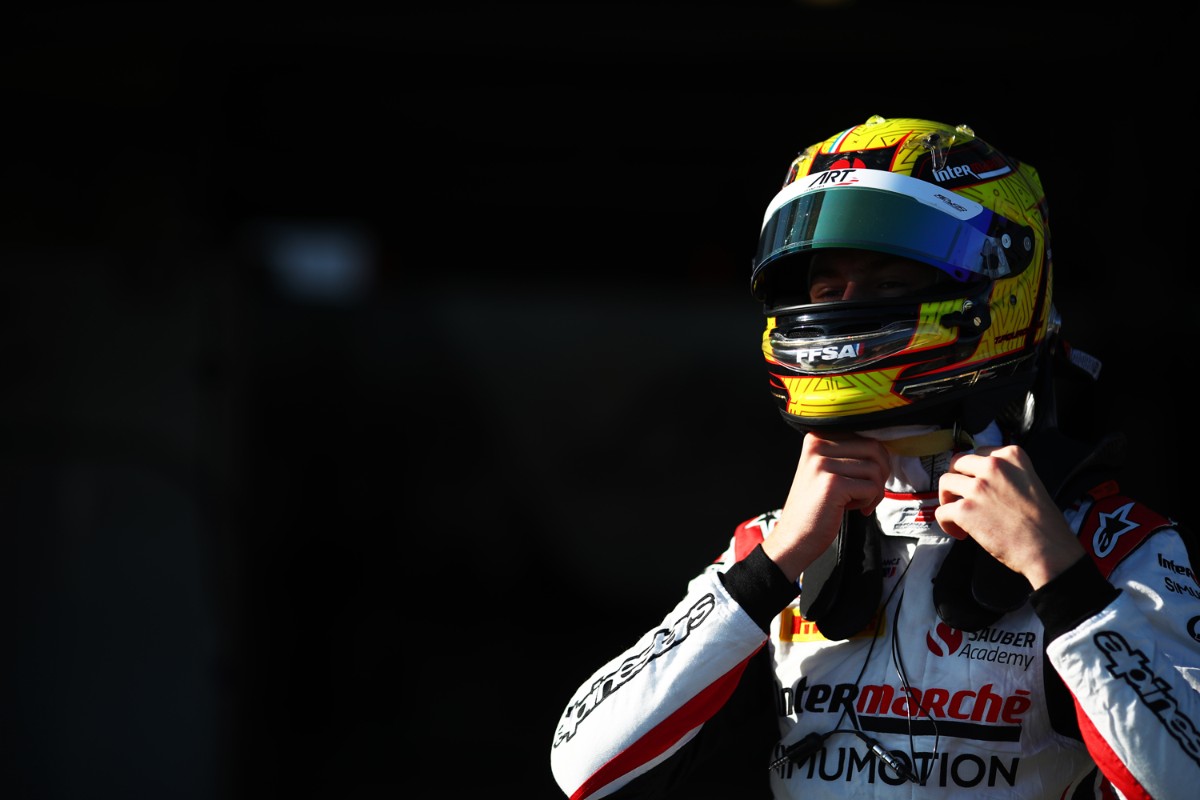 FIA Formula 3 Championship runner-up Theo Pourchaire will graduate to Formula 2 before the end of this year as he takes a seat at HWA Racelab for the final two rounds.

The 17-year-old Sauber junior raced in Formula 4 for two season, and won five races during that time, before making the leap up to FIA F3 with ART Grand Prix for this year. He ended up claiming two wins and finished just three points short of the title.

He told Formula Scout last week that he’s “doing everything” he can to remain with the French team next year in F2, but he will now try out the Dallara F2 2018 car in racing conditions – having never tested it before – with German outfit HWA.

“I am really happy to participate in the final two rounds of FIA Formula 2 in Bahrain,” said Pourchaire.

“I’d like to say a big thank you to HWA Racelab for giving me this opportunity.

“I can hardly wait to work with the team and get to know a new car. I would also like to thank my family and sponsors for their support. I am ready to race!”

Pourchaire takes the place of HWA’s FIA F3 driver Jake Hughes in the second of the team’s F2 cars alonside Artem Markelov, with Ferrari junior Giuliano Alesi having driven for the team until switching to MP Motorsport ahead of the Sochi round last month and requiring HWA to call up Hughes for his F2 debut as a one-off.

The two Bahrain rounds will take place on two different layouts, with the November 28/29 weekend running on the usual layout used by the series and the December 5/6 season finale running on the ‘Outer Circuit’ that cuts out most of the GP loop.

“We are pleased to allow such a highly-talented young driver to take his first steps in F2,” HWA team principal Thomas Strick added.

“Theo’s talent is undisputed. The success he has enjoyed in his burgeoning career speaks for itself. We are excited about his debut in Bahrain. In recent years, he has proved several times that he can quickly find his feet in a new series.”