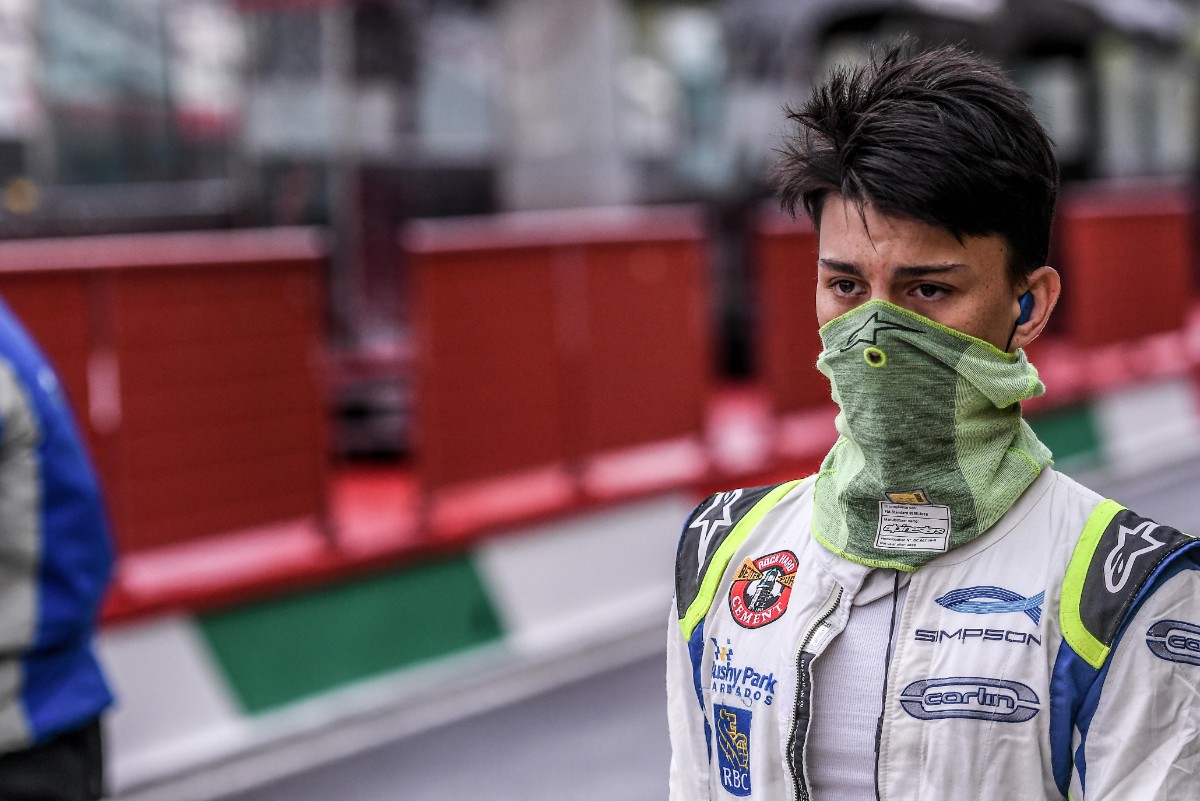 Carlin’s Zane Maloney has explained his struggles in Euroformula this year, where a strong start to his rookie season results-wise has tailed off.

The reigning British Formula 4 champion came fourth and third in the two races of the Hungaroring season opener, then failed to start race one at Paul Ricard round but finished second in race two.

Mechanical problems meant a pointless Red Bull Ring weekend, and he struggled in the back-to-back Monza and Mugello rounds, the latter where Ben Barnicoat was brought in to aid Carlin’s development of Euroformula’s new Dallara 320 car.

“It’s been an odd year. That’s all I can say. Very, very odd year. The team is trying as hard as they can,” Maloney said.

Maloney believes that if he knew the origin of his struggles, he would be winning races, but is in the dark.

Maloney was faster through certain corners at Monza using less optimal lines and putting peak load on the tyres at a different point than the conventional route to be quicker – to his confusion. His best qualifying result was ninth, and in the races he finished eighth, fourth and seventh.

“As of now, we can’t win races, we can’t get podiums on pure pace; we need some mess ups from others. But hopefully soon, we’ll be coming P7, P8 and we’ll be actually fighting for something. Of course, the drivers have been doing a good job up front, but I do feel that I should be up there.

“So hopefully in a few rounds we click, something clicks, and we get there.

“I think we are slow, I don’t want to say I’m lacking pace or the car’s lacking pace, because racing is racing, we always try to improve everything.”

Professional driver Barnicoat won and took a pole in the wet at Mugello and was happy with the car – using a different set-up to early in the season – in the dry free practice. Carlin is aiming to run three cars again in this weekend’s Spa-Francorchamps round.