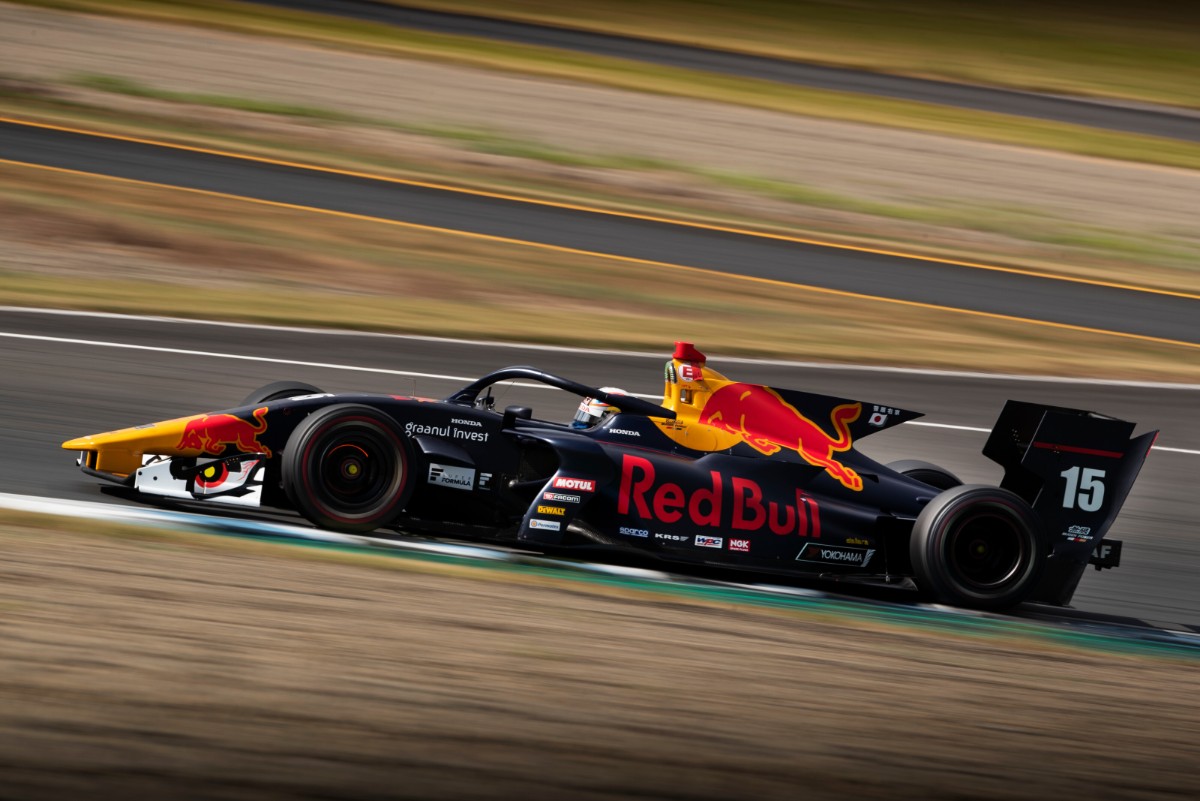 Ukyo Sasahara will remain with Team Mugen for the third Super Formula round of the season at Sportsland SUGO, continuing to substitute for Juri Vips.

Red Bull junior Vips was set to drive alongside Tomoki Nojiri this year at Mugen, but travel restrictions introduced by Japanese immigration authorities as a preventative measure against the spread of COVID-19 has so far denied him the opportunity to race.

Instead he has been running part-time in Formula Regional European Championship and Formula 2, the latter as a replacement of the injured Sean Gelael at DAMS for four rounds, in pursuit of the FIA superlicence points he requires to race in Formula 1.

He will likely return to the FREC paddock at Monza this weekend with KIC Motorsport.

Sasahara, who is also backed by Red Bull as one of the energy drink brand’s official athletes, was last year’s Asian Formula 3 champion and has finished 11th and 13th in his first SF races since being called up to drive in Vips’ seat.

He is also competing in Super GT with Mugen, as he is also affiliated to Honda, and is currently 10th in the points there with one podium in his rookie season.

A SF paddock source has told Formula Scout they do not expect the current Japanese quarantining situation to change before the end of the season, making it difficult for Vips and ThreeBond Racing with Drago Corse’s Tatiana Calderon to come from overseas to race.

B-MAX Racing with Motopark’s Sergio Sette Camara, who is also Red Bull Racing’s F1 reserve driver, has susseccfully travelled to Japan though and is expected to line up at Sugo for his category debut.