Home Featured Could McLaren take a punt on Magnussen?
FeaturesFormula 1 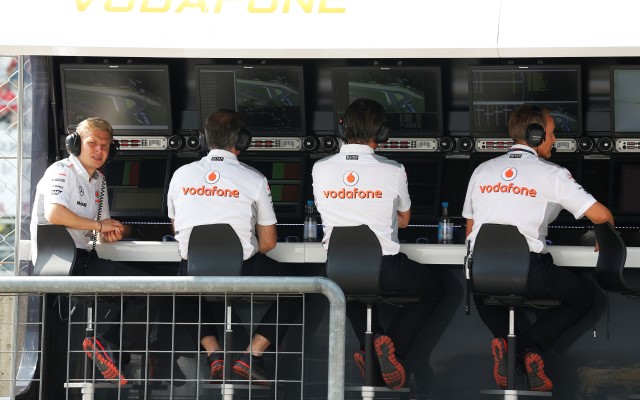 McLaren continue to sound keen about getting Formula Renault 3.5 champion-elect Kevin Magnussen into a Formula 1 race seat, but could they end up giving him the chance in their own line-up?

They’ve revealed that they’ve talked to Lotus, Force India and Marussia about the Dane. The first-named was always going to be an optimistic shot with Romain Grosjean on form and the even-better Nico Hulkenberg on the market. Force India was more realistic, but they’re not enthusiastic about the prospect of helping to develop somebody else’s driver. That’s understandable, with their reserve driver James Calado a better long-term prospect for them, since he’s not tied to a bigger team who would look to promote him after a year or two.

With Ferrari keeping their man Jules Bianchi at Marussia next year, Magnussen would have to force Max Chilton out of a seat. Marussia would probably grab that opportunity if money was no object. But Magnussen – mostly through McLaren – would have to provide any budget shortfall that Marussia might have after Bianchi and his people have made their input.

It’s hard to say what sort of figure that might be, but anything over a few million pounds is going to make questionable economic sense for McLaren. If they want him into a race seat however, there don’t seem to be many options. There is one other possibility, closer to home…

The Woking squad have been hesitating over keeping Sergio Perez in their own driver line-up into 2014. The Mexican has had a solid but unremarkable first season at McLaren, but the team probably made a mistake signing him if they wanted a driver who was going to be great from the off. What they might have been expecting from him were some off-track, financial benefits.

The logos of Claro – a company of Perez’s long-term backer Carlos Slim – have appeared on the rear wing of the McLaren this year, but it’s possible that the world’s richest man has been reluctant to invest anything further in the short term. This is all speculation, but there’s either more to McLaren’s doubts over Perez than his on-track performance, or they had unrealistic expectations of his capabilities in the first place. 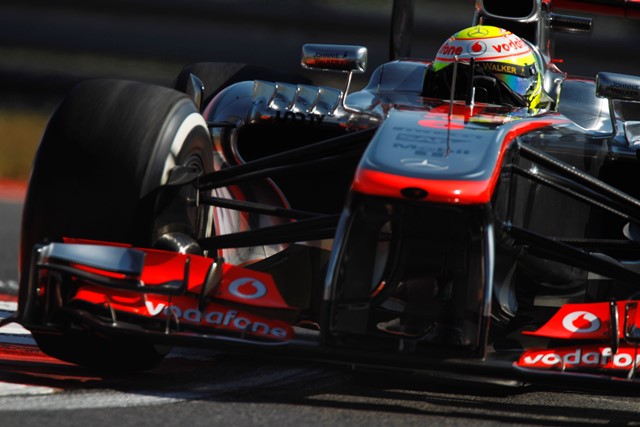 There are now a lack of experienced alternatives to Perez, with the established top drivers under contract elsewhere and Hulkenberg seemingly ruled out on weight grounds. So could Magnussen be the answer?

Martin Whitmarsh is understandably unsure about that, given the relative lack of mileage he’s had in F1 machinery.

“I think it is a risk for them and for us,” he was quoted as saying by Autosport, referring to placing either Magnussen or rival and fellow McLaren junior Stoffel Vandoorne in one of his own race seats.

“We did it with Lewis [Hamilton] but, when you look back on the amount of running we could give Lewis beforehand, it was easier. You never know – but at the moment we are trying hard elsewhere.”

There can be little doubt that Magnussen would be better off learning the ropes at a smaller team, away from the intense pressure expected of any McLaren driver. After all, even if they’ve been mired in the midfield this year, there’s little reason why they can’t build a car next term that is capable of winning races again.

The question is, at what cost? To meet Marussia’s cash flow needs, McLaren could have to pay them an eight figure sum to get their man in the car. But giving Magnussen the McLaren seat would cost them nothing, financially – particularly if ditching Perez doesn’t have an effect on sponsorship.

Although he’s still relatively early in his career, it’s fairly easy to argue that Magnussen is a more exciting prospect than Perez. In the F1 running he has had, McLaren have been impressed by his speed and other attributes. They know that he’s good enough to drive for them in the very near future.

So McLaren could be faced with having one driver they don’t believe in racing for them next year, and one they do sat on the sidelines. That’s before you consider that Vandoorne is waiting in the wings too, albeit definitely in need of some F1 tests before he gets to go racing.

Courtesy of three years in F1, Perez would probably be better equipped to compete at the necessary level next year, but Magnussen is the long-term prospect and needs the mileage. One possibility could be to give him just Fridays in the car, but taking that seat time away from Perez could have even more of a negative impact on the team’s season than simply giving Magnussen the race chance.

Magnussen’s shown this year that he’s fast, mature, consistent and cool under pressure. If anybody could cope with being thrown in at the deep end, it’s him. It would be a massive risk, but it could turn out to be the best option. There’s a definite possibility that the alternative is that another almighty and ready-to-race talent is just left watching from the garages. 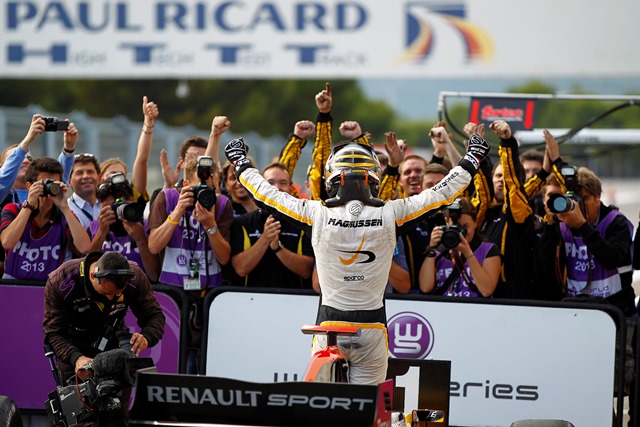