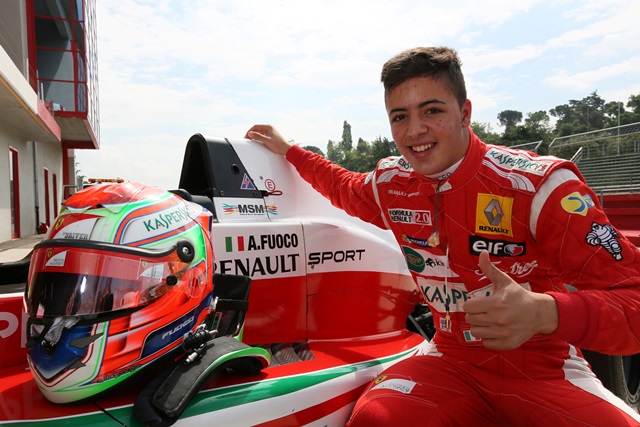 After Raffaele Marciello, Ferrari have another young Italian protege in Antonio Fuoco. He appears to be something special, winning the Formula Renault Alps title in his first season racing cars…

Antonio Fuoco is the latest recruit to Ferrari’s Driver Academy and has already backed up the Scuderia’s faith in him by finishing his first season of single-seaters with the Formula Renault Alps title in his pocket. Now poised for a move up to Formula 3 next year, Ferrari have themselves a second potential future Italian superstar along with their F3 champion-elect Raffaele Marciello.

Born in Consenza in 1996, Fuoco started karting aged four. After the 60 Mini class he moved onto the KF3 category in 2009, finishing third in the Italian Open Masters and improving to the runner-up spot the following year. He also finished fourth in the WSK World Series in 2010.

In 2011 he finished fifth in the CIK-FIA World Cup and eighth in the WSK Euro Series. He also made his first steps in the KF2 category with sixth in the WSK Final Cup. At the end of the year he won the Supercorso prize offered by the Italian federation CSAI and the Ferrari Driver Academy, including tests in a Formula Abarth car.

2012 was not only Fuoco’s last year in karting but perhaps his most impressive too, finishing second in the KF2 Winter Cup, third in the WSK Euro Series and fourth in the CIK-FIA European Championship.

Ferrari continued to keep a close eye on him, and he did further Formula Abarth tests at Fiorano, setting the best ever time for the car at the track. He had impressed enough to land a place on the FDA for his step up to cars.

Fuoco was placed with Ferrari partners Prema and entered into the Formula Renault Alps series, which this year consisted of six rounds in Italy and one at Spa-Francorchamps in Belgium.

Before the Alps season got underway, Fuoco headed to the United States to contest the four-race Panam GP Winter Series, which used the Formula Abarth cars. During the second weekend at Palm Beach, Florida he won the first race and came second in race two, giving him the runner-up spot in the final standings behind the vastly more experienced Rodolfo Camarillo. 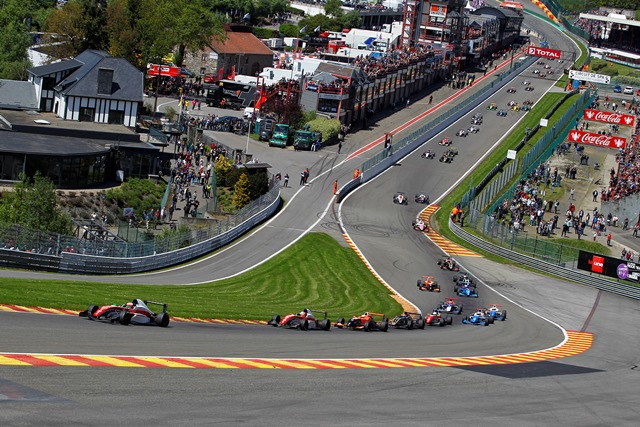 In Alps, Prema were making their return to Formula Renault competition but were the team to beat from the off. Fuoco was in direct competition with his two team-mates, Bruno Bonifacio and Luca Ghiotto, who both had two seasons of Formula Abarth each on their CV, during which they achieved multiple race victories.

Bonifacio claimed victory in the first race of the year at Vallelunga, with Fuoco finishing second before taking his maiden win in race two to claim an early championship lead. Fuoco then had a near-perfect weekend at Imola, winning both races from pole, missing out only on fastest lap in the first race.

He then joined the Eurocup field for their round at Spa as a guest entry, giving him the chance to test himself against the best drivers at that level. He finished a fine fifth in race one and then claimed pole for race two. He unfortunately slipping back to fourth by the chequered flag, but he had shown his talents against highly-rated and more experienced rivals.

The Alps round at the same venue followed a week later but it wasn’t Fuoco’s best weekend. He crossed the line second to Bonifacio in race one but was penalised and relegated to 14th after contact. He finished third in race two behind Ghiotto and Bonifacio. He returned to the top step at historic Monza, winning the first race there from pole with the fastest lap on the way. He was hit by Bonifacio at the start of race two but drove a fine recovery to sixth, extending his points advantage.

At Misano, Fuoco pushed Bonifacio for the race one win but had to settle for second. There was then further contact between the two as they fought over the race two lead, causing both to retire as Ghiotto won. The penultimate round at Mugello saw him all-but wrap up the title thanks to his second double win of the year, this time achieving the perfect weekend of two poles, two wins and two fastest laps. That left him just needing a point at the Imola finale last weekend to claim the title. He managed that with no issues, twice finishing second to Ghiotto.

Talent verdict: Fuoco’s first single-seater season has been a major success. Beating Ghiotto and Bonifacio given their greater experience has been some achievement, with both appearing to be decent talents themselves. We’ve also seen him show promising pace against tougher competition in his one-off Eurocup showing, but we must wait to see how he fares in a full season against such rivals. It’s been a superb rookie season, but tougher challenges lie ahead.

Chances of getting to F1: Winning a title in your first season of cars is no guarantee of success on the Ferrari Driver Academy. Just ask Brandon Maisano, who beat Marciello to win the Abarth title in 2010 but failed to impress as well in Italian F3 over the following two seasons and was dropped. Fuoco will have the much bigger ask of trying to compete in the FIA F3 European Championship next year, but perform and Ferrari will allow him to move on. Bolstering his overall package is Enrico Zanarini, who also manages Giancarlo Fisichella and Tonio Liuzzi. 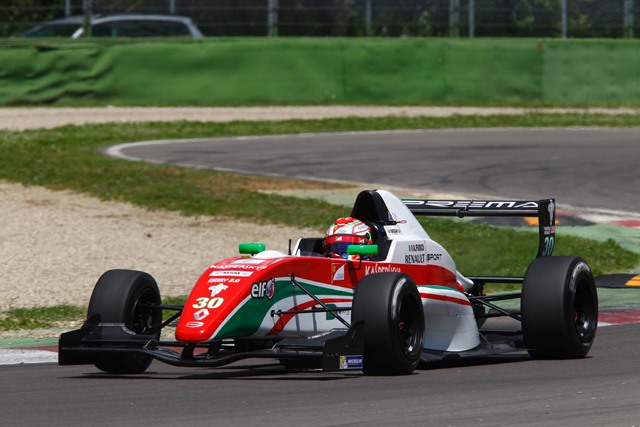