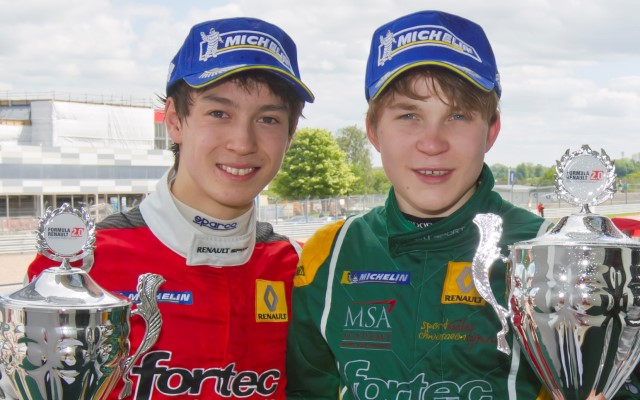 The six finalists for the 2013 McLaren Autosport BRDC Award have been announced, featuring three Formula Renault 2.0 drivers and a trio of racers from the new BRDC F4 Championship.

The Formula Renault contingent is led by Matt Parry. A member of Caterham’s Academy programme, Parry is likely to wrap up the Formula Renault 2.0 NEC title at this weekend’s Zandvoort season finale. Last year he won the Intersteps title, and adding the NEC title will see him further follow in the footsteps of Jake Dennis, last year’s Award winner. He built up an early advantage in the NEC title race by matching guest runner’s from the Eurocup, who took points off the 19-year-old’s rival series regulars, and taking five wins in the space of six races.

That nearest rival is the second finalist, Jack Aitken. The 18-year-old is another graduate of the now-defunct Intersteps series, finishing third in his rookie season out of karts before missing out on the Formula Renault BARC Winter Series by just a single point. In NEC he has provided the greatest challenge to Parry out of the regular competitors, beating his Fortec team-mate to claim a double pole at Silverstone and claiming five podium finishes so far.

The third Formula Renault contender is Chris Middlehurst, who took the honours in the domestic Protyre series. Ninth in his first season last year in a team run by his ex-British Touring Car driver father, he switched to leading squad MGR and led the championship from start to finish, the 18-year-old winning six races along the way.

The BRDC F4 drivers are led by the inaugural champion Jake Hughes. After contesting a handful of Formula Renault races at the end of last year, he entered his first full campaign in single-seaters as one of the favourites after topping both pre-season testing and the first qualifying of the year. It took the 19-year-old a while to hit his stride in the races, but once he got firing he scored four wins and wrapped up the title with a couple of races to spare in what had been a highly competitive series.

Closest to Hughes in the final standings was Seb Morris. After winning the Ginetta Junior title in 2011 he finished third in Formula Renault BARC last year in his first year of single-seaters and beat Aitken to the Winter Series crown. He was set to join Aitken and Parry in NEC before making a late call to stay in the UK and contest BRDC F4. Despite a lack of preparation he managed to lead the points after the first weekend, and the 17-year-old kept up his consistency throughout the campaign.

The final finalist is 16-yea-rold Charlie Robertson, who had succeeded Morris as Ginetta Junior champion but was contrastingly the first driver to sign up for BRDC F4. A win at the second weekend at Brands Hatch was followed by him claiming the championship lead at Snetterton, but he then lost ground to Hughes as the year wore on. Not at his best in qualifying but the fastest driver in race trim, he became the only driver to win two races in a weekend at the season finale and only lost the runner-up spot when Morris had a lost win reinstated after an appeal. 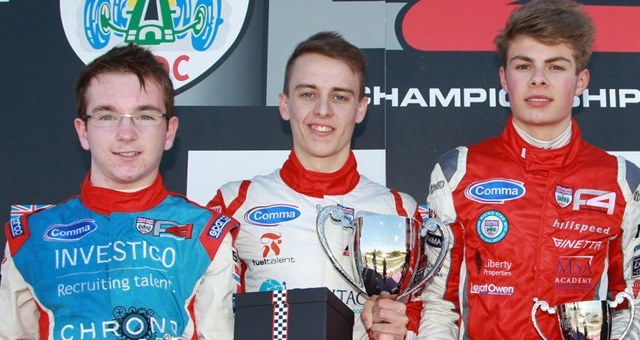 The six finalists will be assessed in Formula 2, DTM Mercedes and McLaren GT3 machinery at Silverstone later in October, with the winner revealed at the Autosport Awards in December. The chosen driver will receive ?100,000, a McLaren F1 test drive, full BRDC membership, and an Arai helmet.