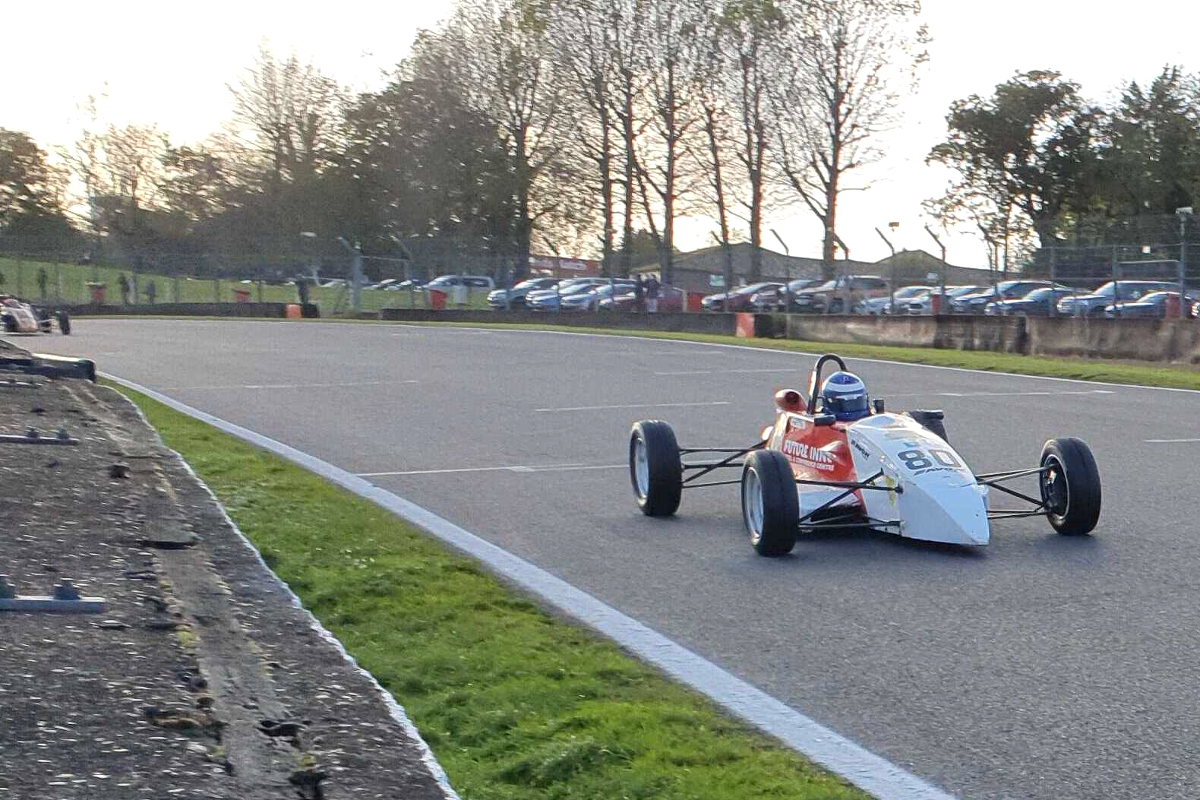 Luke Cooper secured 25th on the grid for the Formula Ford Festival final by winning the Last Chance Race, while last corner contact allowed Matt Rivett to progress too.

Several cars withdrew ahead of the race, including Rick Morris, allowing reigning Festival winner Rory Smith in at 29th on the grid, which became 28th after Andrew Blair pulled off on the formation lap at Surtees.

Cooper got the jump at the start while Team Dolan’s Ben Cochran, first on the grid, made contact with Springbridge Motorsport’s Tom Hawkins at Paddock Hill Bend after a dreadful start.

This brought out the safety car, making B-M Racing’s Smith’s difficult job seemingly impossible in the eight-lap race as he was only 25th at that time. The safety car went very slowly, in an attempt to get as many racing laps in as possible.

Racing resumed on lap four, and Souley Motorsport’s Chris Acton went off from seventh. There was a lap given to attempt to get him out of the gravel under local yellow flags, but it was not possible, and the safety car was brought out once again.

The racing resumed with just one lap remaining, and Cooper was able to control the race from the front and take the victory ahead of Darwin Smith in his Van Diemen RF90.

Sixth went the way of Historic final winner Rivett, but only after late drama as Brandon McCaughan and Lucas Romanek crashed at Clearways on the final lap while they were battling over sixth.

Rather than risk a crash and damaging the car ahead of next week’s Walter Hayes Trophy, Smith pulled out of the race late-on and into retirement after working his way towards the top 20.

Narrowly missing out on a spot in a final were PA Motorsport’s Chris Goodwin, GBR’s Michael Gray, Oldfield Motorsport’s Noel Robinson and Ryan Campbell, as they rounded out the top 10.