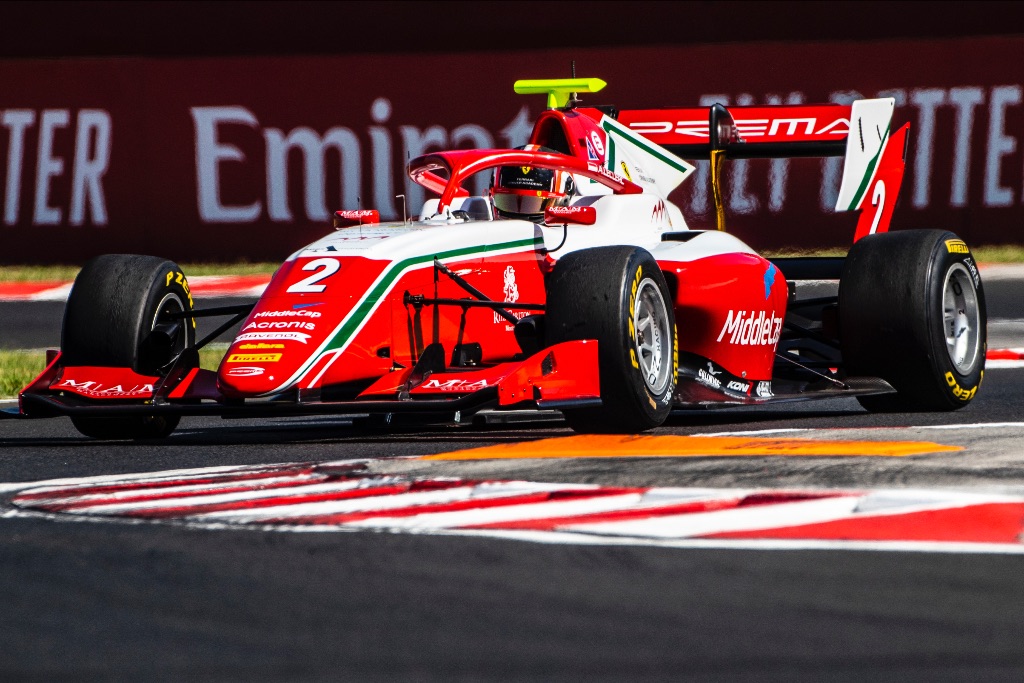 Jak Crawford and Ollie Bearman have joined Prema for all three days of next week’s FIA Formula 3 post-season test in Valencia.

Red Bull Junior Crawford finished 13th in his rookie FIA F3 season in 2021, driving for Hitech, as well as finished third in a partial Euroformula campaign. Bearman meanwhile will make his F3 debut after closing out the Italian Formula 4 season this weekend with a hat-trick wins of Monza, having already wrapped up the title at the penultimate round at Mugello. He also leads the German ADAC F4 series.

Speaking to Formula Scout at Monza, Bearman said: “Prema are a great team. They’ve had great success with this new FIA F3 championship and with this new car, so it makes sense to do the test with them.

“Obviously there is limited testing in the FIA F3 championship anyway so it’s super important to be able to do all three days in the test. I just aim to do my best and show what I’m made of and just learn everything that I can about it because there’s obviously quite a big step up.”

Arthur Leclerc will stay on with the team for which he took two wins in the 2021 season for day one of the test. He will then hand over to Paul Aron, who secured third place in the Formula Regional European Championship by Alpine for Prema at Monza.

Aron told Formula Scout: “I will try to be as quick as possible but I think the main thing is just to understand as much as possible during the two days and not be kind of “rookie fast”, as I like to say, but rather build it up and understand how to be quick all the time.”

Another Red Bull junior Jonny Edgar switches to teams’ champion Trident together with Roman Stanek, while Zane Maloney steps up after finishing fourth in FREC.

The top F3 rookie of 2021 Victor Martins moves from MP Motorsport to ART Grand Prix, the team with which he claimed the Formula Renault Eurocup title last year. He’s joined by his ‘successor’ as FREC champion Gregoire Saucy, while Juan Manuel Correa stays on with the team.

Both Caio Collet and Tijmen van der Helm remain with MP Motorsport, which will also give another F3 test to its FREC star Franco Colapinto.

Van Amersfoort Racing makes its series debut after taking over the cars of HWA, and calls upon the services of 2021 runner-up Jack Doohan – who is expected to step up to Formula 2 next year. Rafael Villagomez, who raced for HWA in F3 and VAR in Euroformula this season, and Hitech’s GB3 frontrunner Reece Ushijima will also test with the Dutch team.

Other rookies include David Vidales and Pepe Marti at Campos, GB3 champion Zak O’Sullivan with Carlin and Nazim Azman at Jenzer.