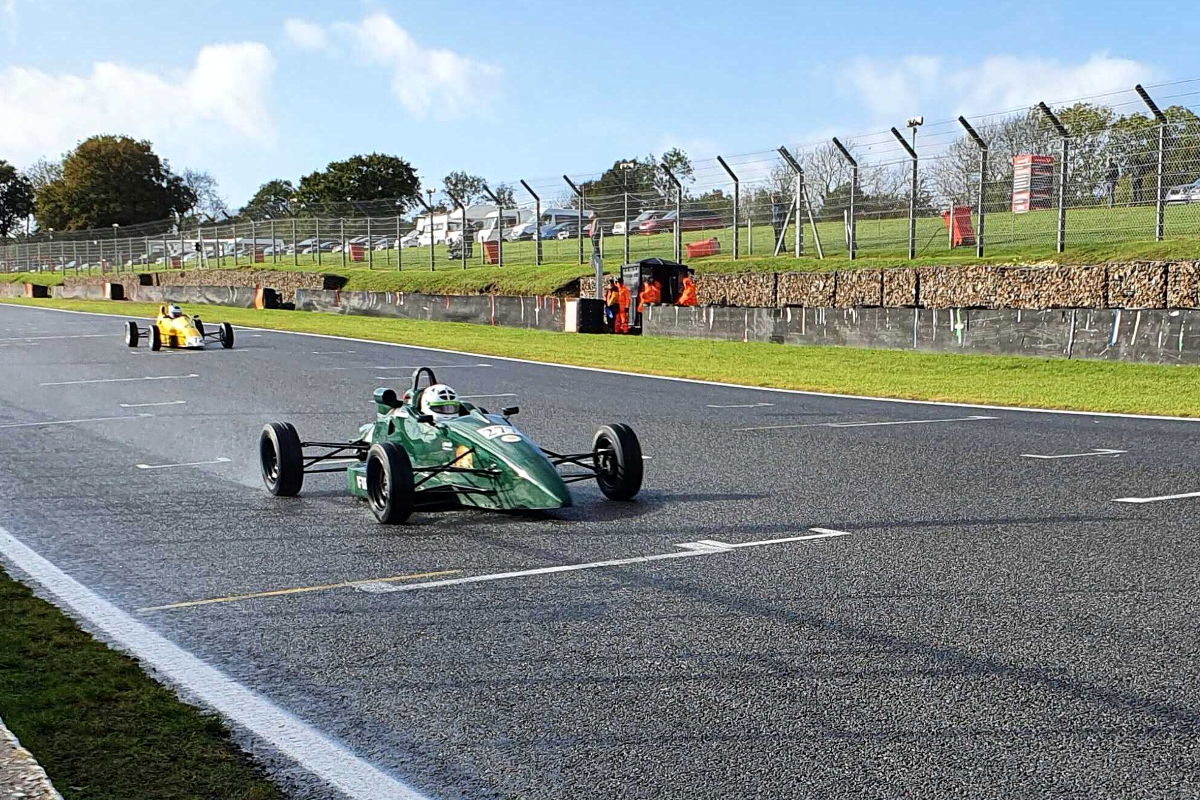 Conditions were more favourable than semi-final one, with the race held under blue skies on a wet but drying circuit.

Team Dolan’s Matt Cowley made an even worse launch from row two, losing several places and then spinning on a kerb exiting Paddock Hill Bend and tumbled down the order, as did Oldfield Motorsport’s Lukas Romanek.

Mills had a great start to gain four places from eighth, and as White moved alongside Esterson out of Clearways for the first time he capatalised to sweep around the outside of both on the pit straight to snatch second.

Foster immediately pulled out a two-second lead over Mills, and extended that to 3.6s by the chequered flag to claim pole for the final.

After also overtaking Esterson, Souley Motorsport’s White was unable to keep pace with Mills at first, but a late charge enabled him to catch up with a few laps remaining.

Mills resisted the pressure until the final corner, where White went for the inside at Clearways to take second.

KMR’s Michael Moyers had a lonely race in fourth after making an early move on Esterson, who struggled throughout and lost further places to Jordan Dempsey and Souley’s Jack Wolfenden.

Lind made progress from 16th to secure a place in the final, having been involved in an early battle with fellow British GT racer Matt Cowley as they climbed up the order.