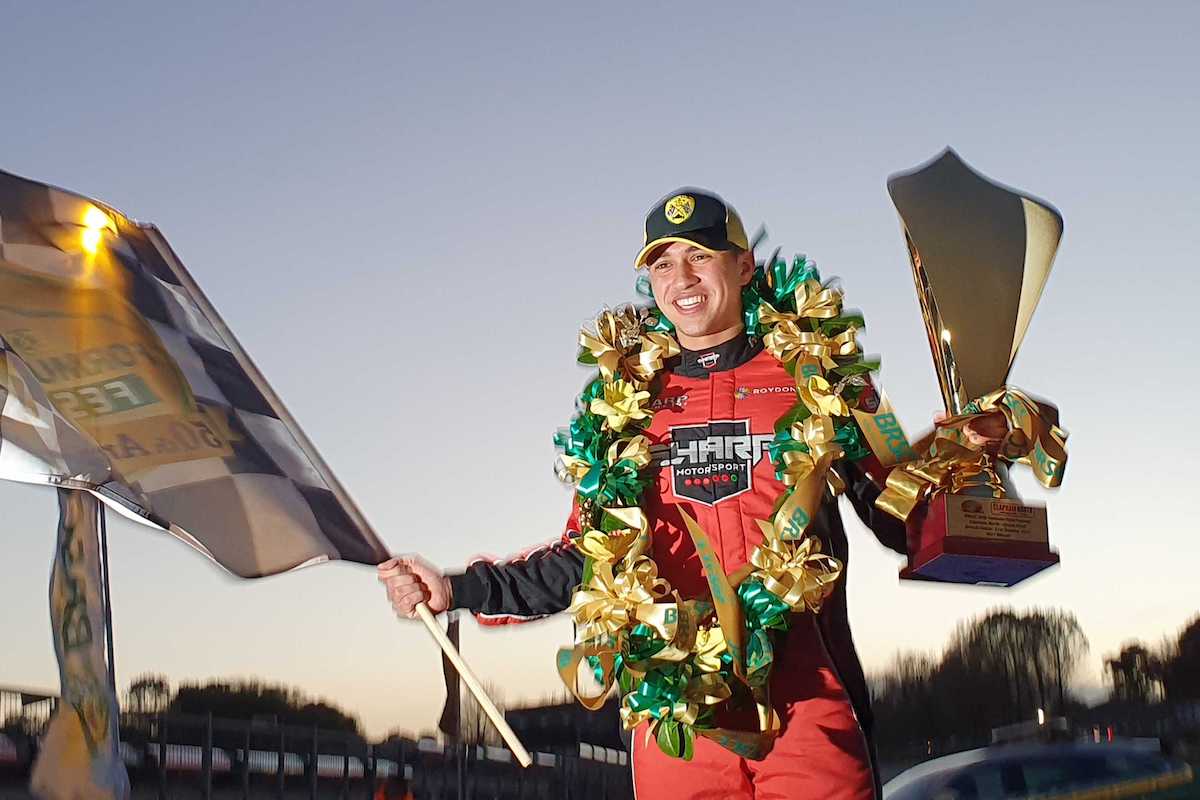 It wasn’t long before White got up to second, while Mills and Sharp goy by Maclennan on the second of 20 laps.

Foster looked like he was starting to break away before Murray and White crashed into each other on the way to Druids on lap four, collecting innocent bystander Mills on the way while battling over second.

That left Sharp, Maclennan and KMR’s Michael Moyers initially to pursue Foster as the race was restarted on lap nine.

Further back, Team USA’s Max Esterson was making great progress from 13th on the grid, working his way into the leading group.

There was more drama at Druids as Matt Cowley and Motorsport Car Preparations’ Robert Barrable crashed. It was decided to not have a second safety car intervention. Shortly after, Foster slowed down and dropped down the order to the lower end of the top 10.

That left Sharp in the lead, as Moyers ran wide out of Clearways at the same time and ended his race afterwards, as did Gough.

Maclennan used the grass to get by Sharp shortly after the yellow flags appeared to be withdrawn, taking the lead.

Esterson and Chris Middlehurst worked their way up into third and fourth. The American in particular was very much in the frame for victory throughout, particularly after an audacious overtake on Middlehurst on the inside of Paddock Hill Bend also utilising the grass to his advantage.

He held off Sharp and Esterson as hard as he could, with the trio going three-wide into Surtees on lap 18 which allowed Sharp into the front into a lead he would not relinquish.

Maclennan had a bit of visible damage and was unable to get back by, leaving Sharp to take his first Festival win, just ahead of Maclennan, Esterson and his team-mate Andre Castro.

Starting ninth, Jordan Dempsey rounded out the top five, ahead of National champion Middlehurst, who started mid-pack, Ivor McCullough, double Festival winner Foster, 2019 winner Jonathan Browne and 2010 winner Dennis Lind. The top 10 were all in a line, with just 2.353 seconds separating them.

David McCullough was just outside of the top 10 in a lonely 11th, ahead of 1992 winner Jan Magnussen in his first FF1600 event in 29 years and Last Chance race winner Luke Cooper.

Other retirements included Jack Wolfenden and Jeremy Fairbairn, the latter spinning off on the penultimate lap, and Historic runner Darwin Smith, who retired early on.