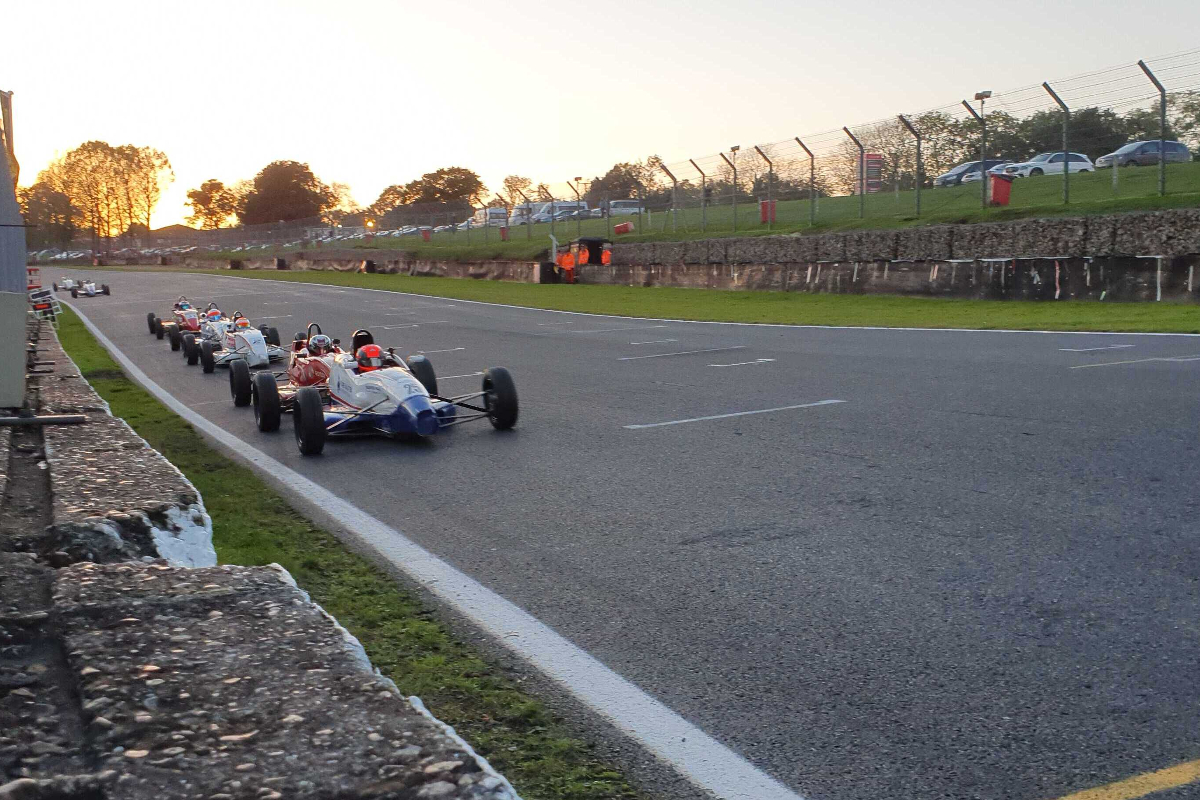 Neil Maclennan has been stripped of his second place finish in the Formula Ford Festival final for a yellow flag infringement.

The Kevin Mills Racing driver was involved in a thrilling battle with eventual winner Jamie Sharp during the encounter, at one stage passing the B-M Racing driver for the lead.

But the overtake was later deemed to have been made under yellow flags, with the clerk of the course declaring that Maclennan was “disqualified from the results of the race for contravention of Motorsport UK Regulation Q12.24.3,” relating to officials’ flag signals.

Before the disqualification, Maclennan had said he was happy with second place after damaging his Spectrum 011C early on.

“I’m happy with second, it’s better than last year – we didn’t even finish,” said Maclennan, who prior to this weekend hadn’t been in his Spectrum since last year’s Walter Hayes Trophy. He is still to decide whether to enter that event next weekend.

“With the nose at the front gone – that was from earlier in the race – we had not a lot of staight-line speed.”

His disqualification promotes Max Esterston to second and his team-mate Andre Castro to third, giving both Low Dempsey Racing and the Team USA Scholarship a double podium finish.

Motorsport Car Preparations’ Jordan Dempsey moves up to fourth in the results, ahead of reigning National FF1600 champion Chris Middlehurst and Ivor McCullough.

Two-time winner Joey Foster, who slid off while leading in the final, gains one place by being classified seventh ahead of 2019 victor Jonathan Browne.

British GT champion Dennis Lind has been classified ninth on his return to the Festival, while his uncle Jan Magnussen takes 11th on his first appearance at the event his since his triumph in 1992.