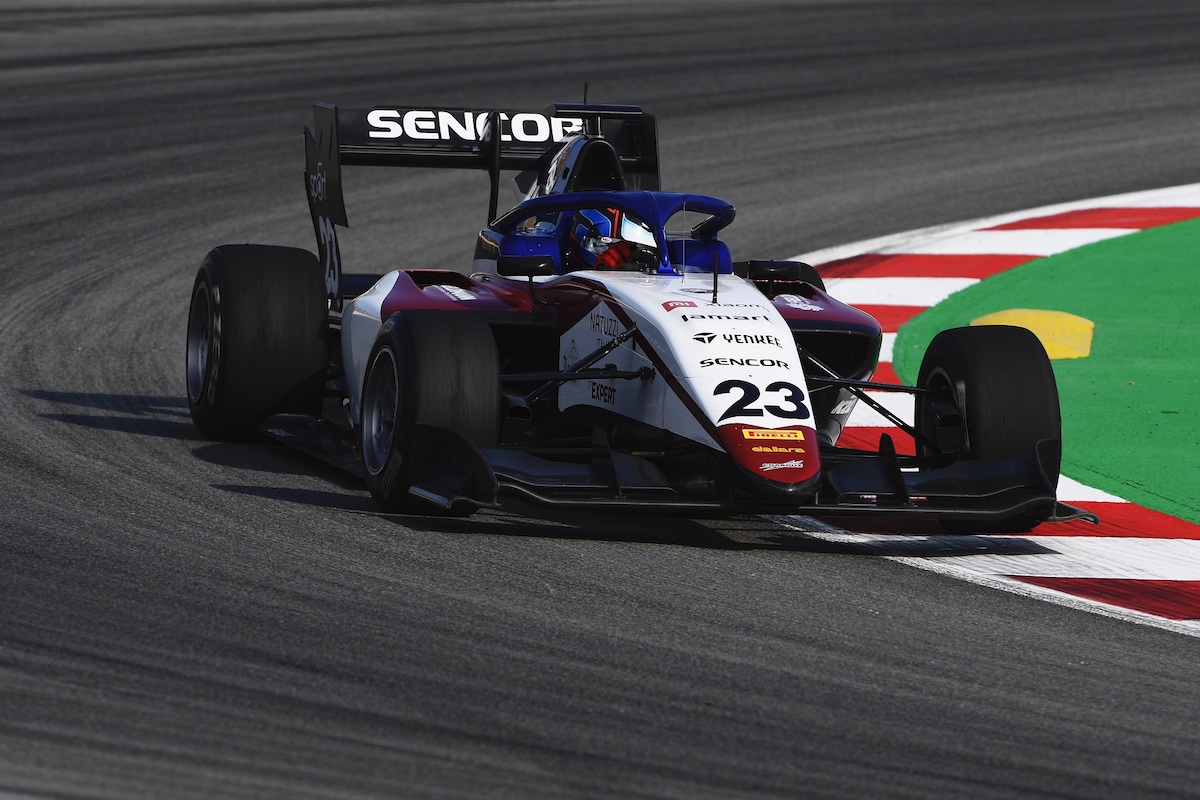 Early on in the 45-minute session it was just Charouz and Campos Racing on track, with the other eight teams joining later on.

Stanek’s lap time came very late in the session on new rubber, with the youngest driver on the grid crossing the line moments before a red flag was called for Campos’s Alessio Deledda crashing out at Turn 4.

The session was concluded with three minutes remaining after the Italian locked up and ran into the barriers.

His Campos team-mate Alex Peroni was second fastest, after running near the top of the times throughout.

Points leader Logan Sargeant was third, with the Prema driver very narrowly behind Peroni. The pair spent much of the mid-point of the session trading fastest lap times.

Stanek’s Charouz team-mate Igor Fraga was fourth, having also run towards the front throughout despite a trip through the gravel. He was ahead of Prema’s Oscar Piastri and HWA Racelab’s Jake Hughes.

ART Grand Prix’s Theo Pourchaire was seventh and spent some of his session gesturing at other drivers. He was ahead of Trident’s David Beckmann, Hitech GP’s Liam Lawson and Prema’s Frederik Vesti.

The third Charouz car, driven by David Schumacher, rounded out the 30 drivers after he seemed to have technical issues following his first run.