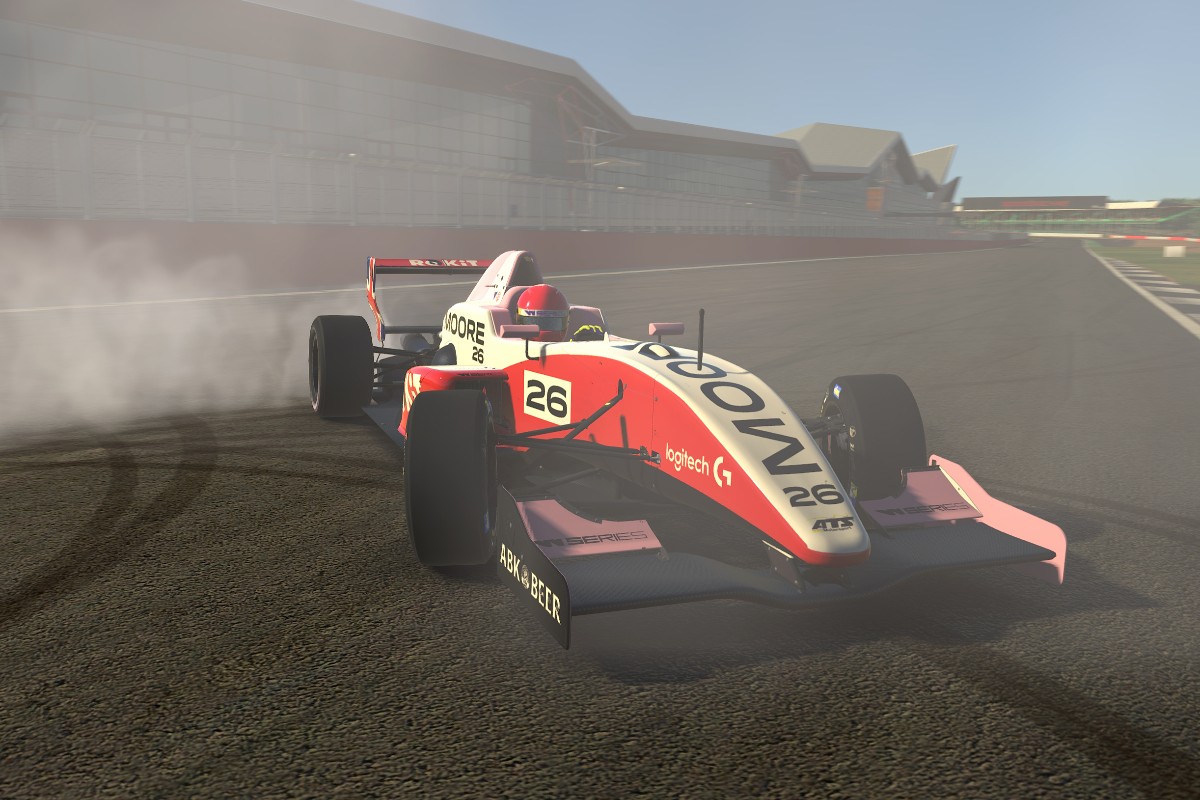 Visser’s prototype sportscar debut last weekend with Richard Mille Racing in the European Le Mans Series’s Spa 4 Hours ruled her out, with Alice Powell, Abbie Eaton and Jessica Hawkins not present due to contesting the final ever races of the Jaguar I-Pace eTrophy in Berlin.

Garcia took pole for the first race and duelled with Caitlin Wood and Tasmin Pepper at the start. Wood and Pepper collided at Brooklands shortly after, and Irina Sidorkova spun later around the lap, leaving Ayla Agren in second.

Garcia put in one of the most dominant displays of the series, beating Agren by 15 seconds at the flag and guaranteeing second place in the standings. Fabienne Wohlwend resisted race-long pressure from Nerea Marti to secure her first podium since the opening round.

Belen Garcia rounded out the top five after contact with Emma Kimilainen as Wood recovered to sixth after the early contact.

Sabre Cook and Vicky Piria shared the front row for the reversed-grid race two, but Cook suffered from connection issues right away. Moore pulled a magnificent three-wide move to take the lead at Brooklands on the opening lap, as Marta Garcia crashed at Copse but was able to continue relatively undamaged.

Moore was under pressure from Pepper in the early stages, but the latter spun out after clipping the rear of Moore.

A small lead gap emerged for Moore as the trio of Marti, Sidorkova and Naomi Schiff battled for a podium spot behind.

The gap closed up again, but Moore was able to pull away once more to become the eighth different race-winner in the league. Sidorkova finished second to secure third in the points, ahead of Marti. Schiff dropped back to fifth behind Pepper. Agren was sixth, ahead of Marta Garcia and Wood.

Sidorkova had to catch a flight which meant that she missed the final race, and Cook was also absent, but Miki Koyama was able to join in for the finale.

Marta Garcia took pole again ahead of Pepper and got a great start to lead from the front. Wood took second early on.

From there, Garcia was able to gap Wood and take her eighth win of the season. Wood was comfortably second, equalling her best result of the season.

Marti and Pepper battled throughout the first half for third, including a fine move through Copse by Pepper. It concluded when Pepper rearended Marti. This brought Moore into play, and she was able to pull a move around the outside of Vale.

Pepper, however, was able to get back into third. Schiff took fourth as a late issue for Moore dropped her well down the order, as guest driver Hannah Grisham rounded out the top five for the final race.