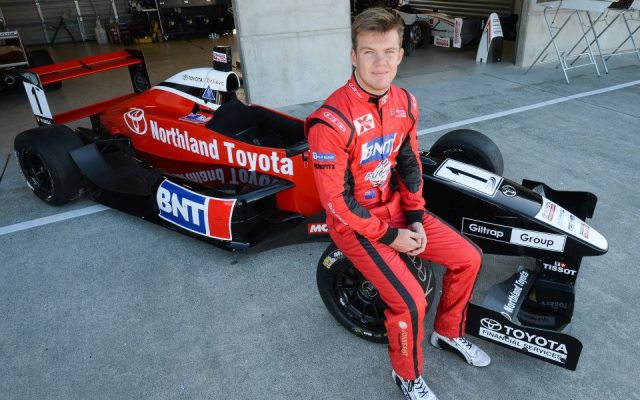 Cassidy – winner of the past two TRS titles – will race at Manfeild for the Neale Motorsport team, for whom he has acted as driver coach so far this campaign. Neale driver Andrew Tang carries a seven point lead into the final round.

“It really only started to come together on Sunday, when a car became available and I started talking to my existing sponsors,” said 19-year-old Cassidy.

“Both BNT and Jonnesway said yes, and then Northland Toyota and the Giltrap Group have come onboard to make this possible, so it?s really exciting to be able to come to the race with a competitive package at such short notice.”

Cassidy is aiming to claim a third straight win in the Grand Prix, which forms the third and final race of the weekend at Manfeild.