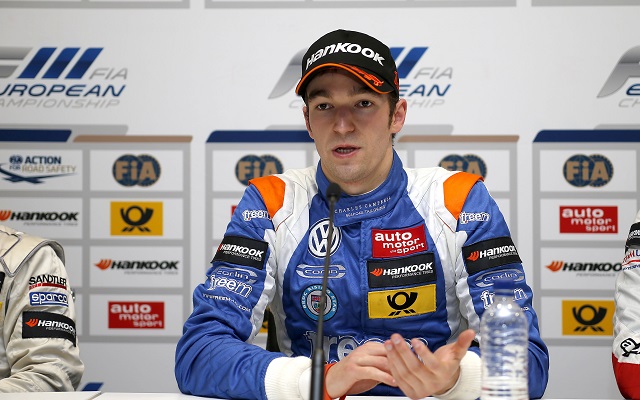 British racer Harry Tincknell has finalized a deal to graduate to sportscar racing in 2014, as he will contest both the full European Le Mans schedule and the prestigious 24 hours of Le Mans race in the Jota Sport’s LMP2 machinery.

Tincknell, 22, has been an ever-present frontrunner in Formula 3 racing over the recent years, taking five race victories in British F3 and one win in European F3 with a best result of fifth in both championships’ standings.

Prior to that, Tincknell racked up race victories in the now defunct Formula Renault 2.0 UK and took the title of the category’s Winter Series.

Jota took third in the 2013 European Le Mans LMP2 category, fielding a car for former junior single-seater star Oliver Turvey and Simon Dolan, who will be retained for 2014.

The announcement seems to confirm that the reliable Brit will not reprise his role as team leader in Carlin’s FIA F3 lineup. The frontrunning British squad has already confirmed five drivers for 2014 – Jake Dennis, Ed Jones and the KFC Asia-backed trio of Antonio Giovinazzi, Sean Gelael and Tom Blomqvist, with Jordan King expected to take the final seat.