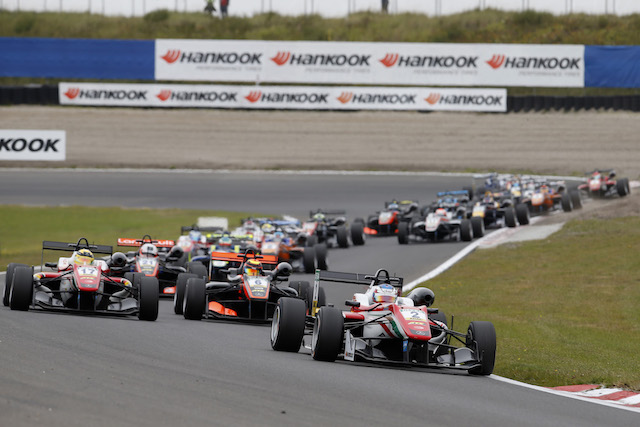 Nick Cassidy?took his first FIA Formula 3 European Championship victory in the second race of the Zandvoort round.

The Japanese champion had failed to turn pole into a win in race one after being passed by Lance Stroll around his outside at the first corner, but made up for that in race two by getting ahead of polesitter?Callum Ilott off the line.

Maximilian Gunther also got past Ilott to make it another Prema one-two, and he and Cassidy ?spent the rest of the race in relatively close formation, with the latter winning by just over a second.

It was a Van Amersfoort Racing three-four, with Ilott completing the podium and?Anthoine Hubert claiming fourth as top rookie.

Fresh from his first Formula 1 test with Force India at Silverstone,?Nikita Mazepin was set for his second points finish in F3 behind his two team-mates but a penalty for being out of position on the grid dropped him to 15th and gave?Joel Eriksson the final point.

Forced to start from the back after his exclusion from qualifying two for a technical infringement,?Stroll eventually retired after running wide and damaging his diffuser.