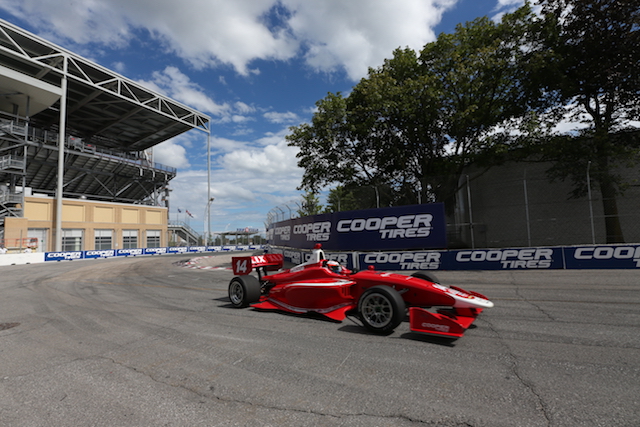 After a two-race hiatus from Indy Lights, Felix Rosenqvist would not be denied pole position for the first of two races at the Exhibition Place Street Circuit in Toronto, Canada.

Returning to Belardi Auto Racing after missing both the Road America and Iowa rounds due to other commitments with Mercedes-AMG, Rosenqvist pulled out the fastest time in Saturday morning’s session with a 1:06.011 lap time in his first visit to Toronto.

The Swedish rookie’s only Indy Lights win so far came on the streets of St. Petersburg, Florida in March. This is also Rosenqvist’s second pole position of 2016.

He’ll make up half of the ‘Felix and Felix Show’ front row for Saturday’s first race, with?Felix Serralles, the winner of last week’s?extraordinary race at Iowa Speedway, lined up second for Carlin Racing.

Championship contender?Dean Stoneman could do no better than eleventh-fastest, as Andretti Autosport stunningly locked out three of the last four positions on the grid.