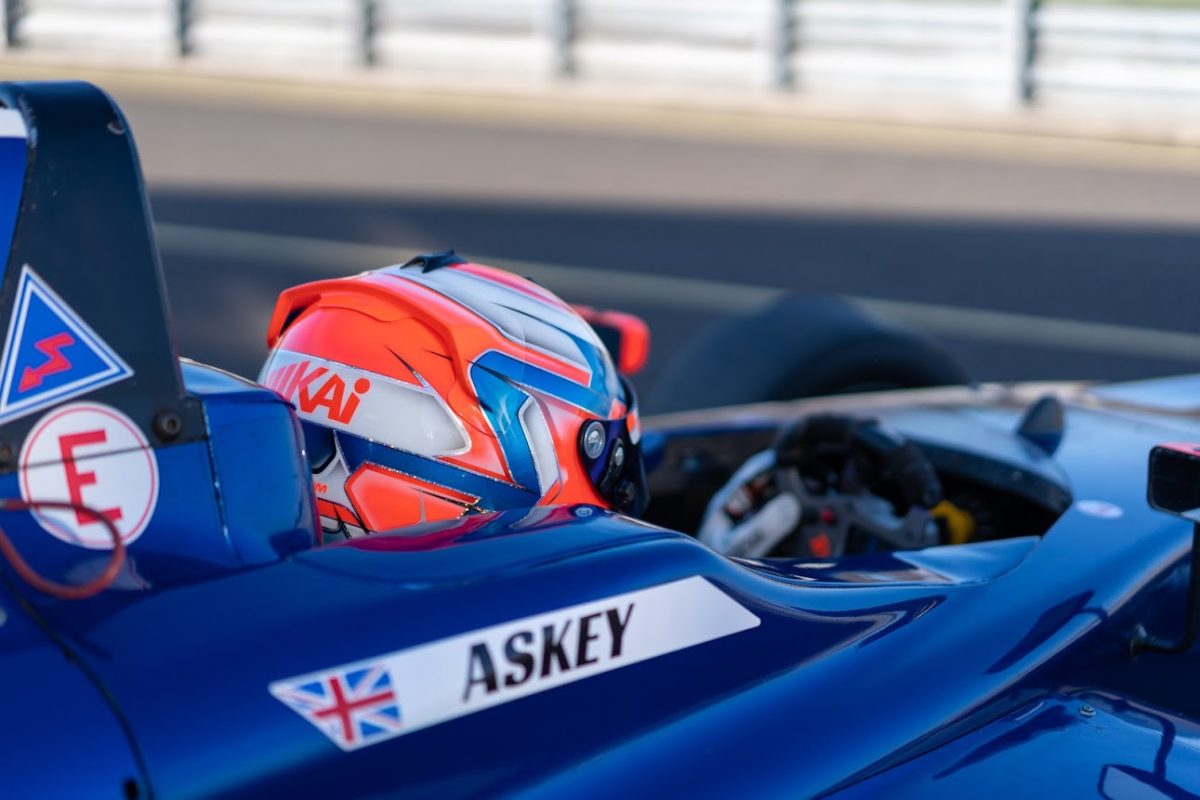 The second session in the afternoon was marginally faster for most drivers, and it was JHR Developments’ Matthew Rees who established an early benchmark pace in the 1m28s.

His team-mate McKenzy Cresswell, the pacesetter of FP1 in the morning, brought that down into the 1m27s and had an advantage of over six tenths of a second before Fortec Motorsports’ Joel Granfors caused a red flag stoppage.

The session resumed with ample time still left on the clock, but it took a while for anyone to get close to Cresswell’s pace.

Carlin driver Askey was the next to lap sub-1m38s and slotted into the second, then was shuffled out of that position by points leader Rees with 11 minutes to go.

Argenti Motorsport’s Aiden Neate soon slotted into third place, then a minute later Granfors went just 0.023s slower than Askey to take second place. The third JHR car of Joseph Loake pushed Neate down to fifth, but shortly after hit trouble and the session had to be stopped with almost six minutes left to run while Loake’s car was recovered.

Behind Askey and Granford was Cresswell, whose FP1 time placed him in third overall for the day, while Rees slotted into sixth after also not improving on his FP1 best.

There were 18 cars on track, but only 17 will be racing as Michael Shin was a practice-only entrant for JHR. The South Korean karter took part in the sessions to learn Brands Hatch’s GP loop, which is less commonly used on test days.