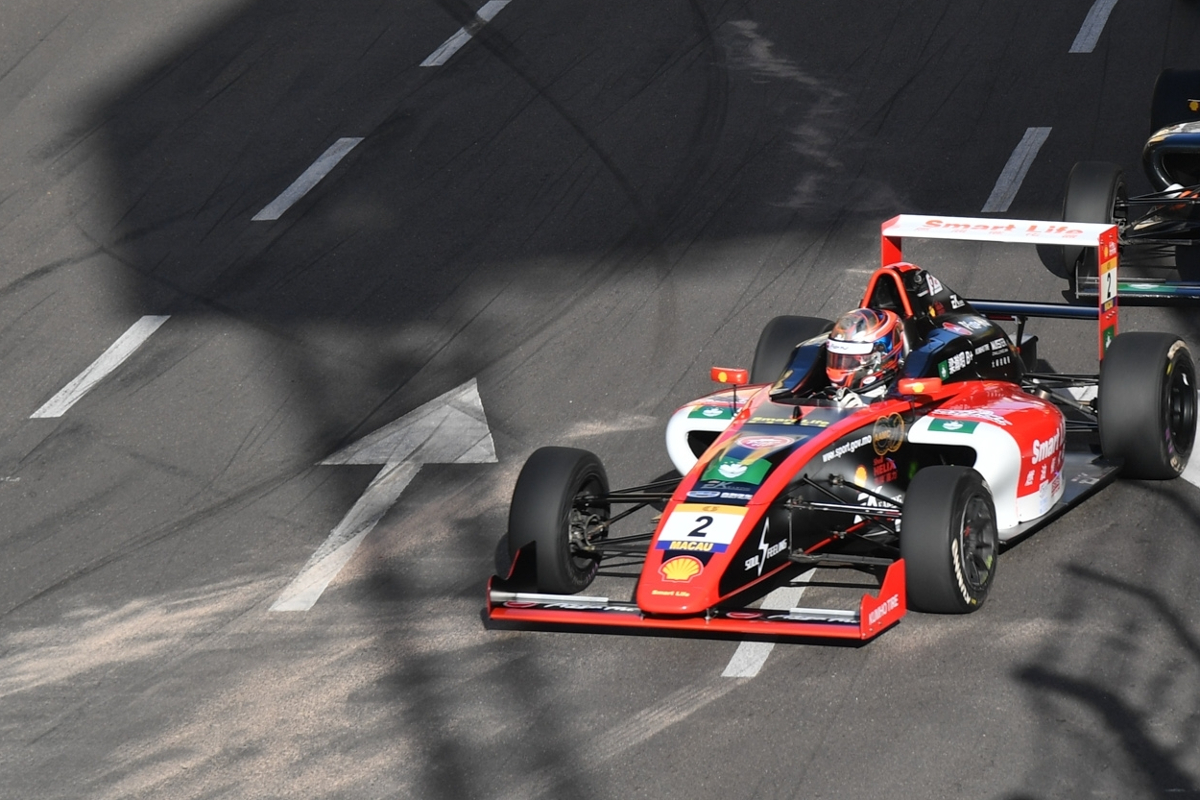 The Chinese Formula 4 season is finally kicking off this weekend, and pole positions for the opening round at Zhuhai were claimed by Ryan Liu and Charles Leong.

Liu topped Q1, which sets the grid for race one, by just 0.027 seconds over the guesting Leong. Last year’s Macau Grand Prix winner [pictured above in 2020] is once again competing as a guest driver as he won the Chinese F4 title in 2017, and is entering the series now as preparation for the final which will take place on the streets of Macau.

Two other drivers were able to get within a second of Liu’s pole lap around Zhuhai, with former FIA European Formula 3 racer Andy Chang qualifying third and Sicheng Li – whose F4 experience has also included races in the USA – qualifying fourth.

The laptimes were slightly slower in Q2, which sets the grid for race three of four, and this time Leong set the pace by four tenths of a second over Chang. Liu was third, and Li was 1.4s back in fourth.

There were 13 cars that took part in the two qualifying sessions, as Liu Tiezheng was ruled out by a free practice crash in his Blackjack21 Racing-run car. Champ Motorsport’s Chengru Hu also failed to qualify.