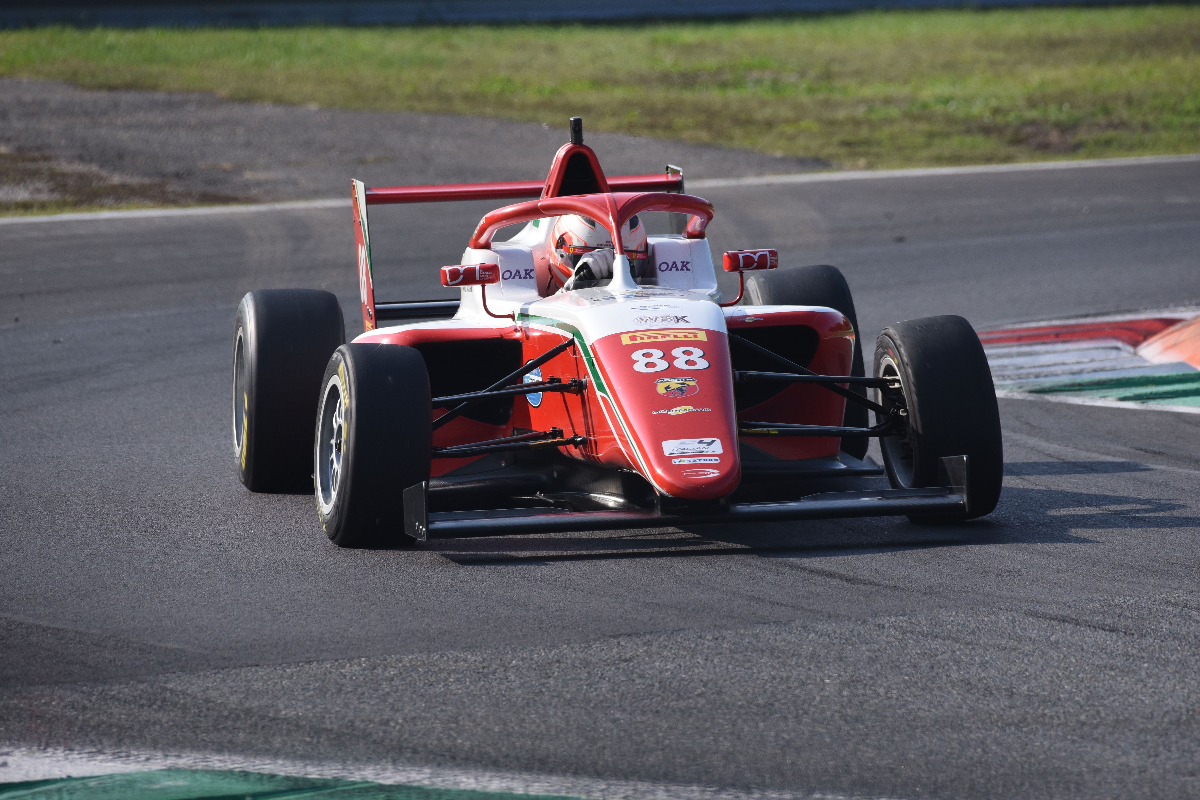 The Ferrari junior topped the first session on Friday, moving to the top of the times late on with a 1m53.007s lap.

It had been his Prema team-mates who were the drivers to beat prior to that point, with points leader Andrea Kimi Antonelli starting FP1 on top.

US Racing duo Marcus Amand and Alex Dunne spent half a minute each in first place before Antonelli returned to the position. James Wharton and Charlie Wurz then went fastest for Prema, and Van Amersfoort Racing’s Martinius Stenshorne spent three minutes ahead prior to Wurz then lowering the pace again.

Antonelli was back in first place for 0.627s while Wharton was in his tow, as the latter then set a new fastest lap as he crossed the line behind. That put him on top for almost two minutes before Camara finally rose to the head of the timesheet.

US’s Kacper Sztuka snuck into second place between the Prema drivers, as Antonelli was shuffled down to seventh.

Only six drivers improved in FP2, one of whom was Wurz. He set the pace with a 1m53.041s lap, putting him into second overall across the two sessions by one thousandth of a second.

Antonelli was second in FP2, 0.356s back, with Sztuka, Stenshorne, Dunne and Wharton all within half a second of Wurz.

Jenzer Motorsport’s Valentin Kluss jumped up to 15th and 18th overall by going seventh and eighth fastest in FP2, and the other improvers were Arvid Lindblad, William Karlsson and Ismail Akhmed.