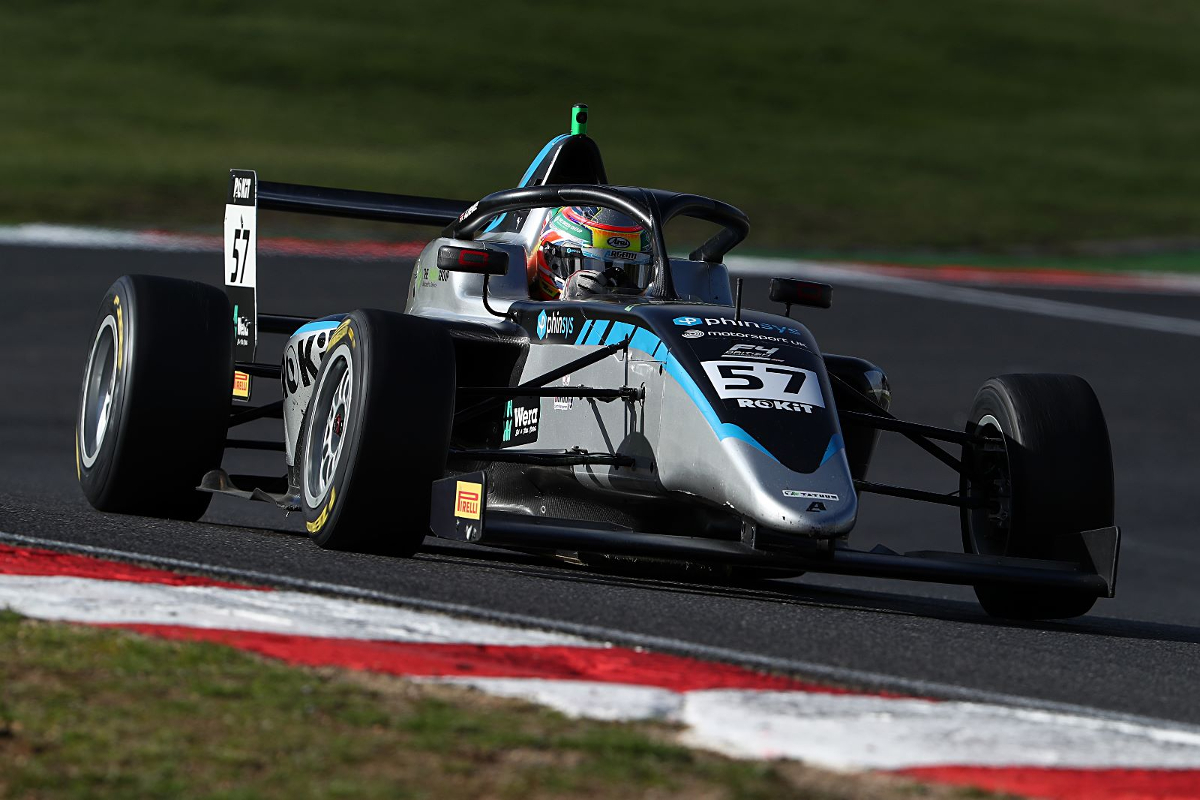 Argenti Motorsport’s Aiden Neate was fastest in free practice for the British Formula 4 finale at Brands Hatch, as the series switched to the circuit’s Grand Prix layout.

Pre-event testing took place earlier in the week but used the shorter Indy layout, and Neate was fastest then.

He started Friday on the longer layout by going second fastest in FP1, as Virtuosi Racing’s Edward Pearson set the pace.

Aside from two brief periods where Argenti drivers Daniel Guinchard and Neate were on top, Pearson spent almost the entirety of FP1 in first place as he made improvement after improvement to his best laptime.

In the middle of the session there was a red flag stoppage as Argenti’s Isaac Barashi hit trouble.

The fight to be fastest in FP2 was between Neate, Carlin’s Ollie Gray and JHR Developments’ Joseph Loake, although Carlin’s Louis Sharp and Pearson also spent time at the top. Pearson was however the only driver not to improve on their FP1 time, and he finished the session seventh while Neate and Guinchard set the pace.

Once again there was a red flag stoppage, this time caused by Chris Dittmann Racing’s Jaden Pariat.

The 19 drivers who contested practice will be the 19 who will race this weekend, meaning a maximum score of 86 points is possible from the weekend.

The absent Alex Dunne leads by 102 points over Gray, who could gain 13 points and have three penalty points removed post-season if he wins an appeal against a penalty from the previous round.

An overturning of that penalty would also cost Dunne three points, and with a potential 19-point swing from that decision, it means Gray could become champion should he qualify no higher than 17th and win all three races this weekend from the back of the grid.