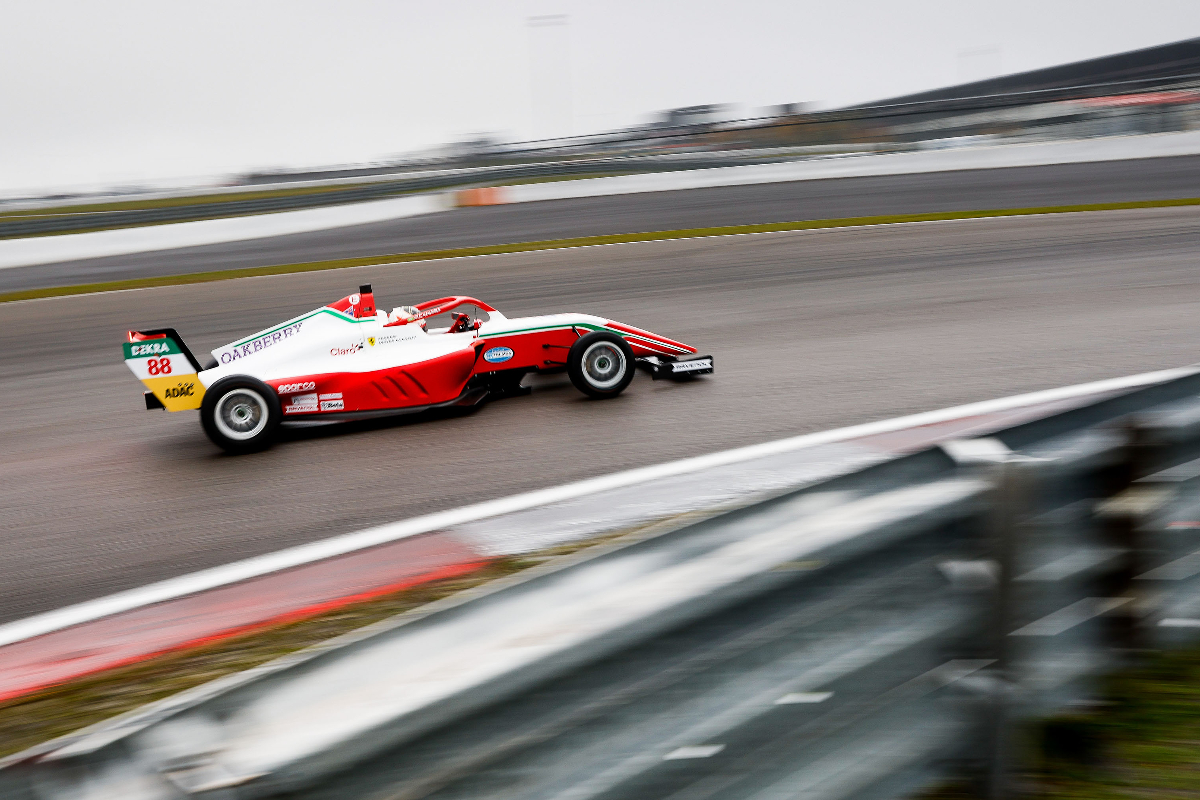 Prema’s Rafael Camara will start the first two races of the final ADAC Formula 4 round at the Nurburgring from pole after topping both Friday qualifying sessions.

Following a foggy first practice session in the morning, rain came and went through the rest of the day and both qualifying sessions were classified as wet.

Prema had not originally intended to participate in the season finale, actually only planning originally to contest the first few rounds of 2022 and missing the penultimate event at the Lausitzring, but this weekend it has the chance to run Andrea Kimi Antonelli to the title as well as winning the teams’ championship.

Antonelli was Camara’s closest rival through much of Q1, and as they went into the final two minutes of the session he set a 2m17.537s to steal provisional pole position from his team-mate.

James Wharton, another Prema driver, and PHM Racing’s Taylor Barnard also went faster than Camara, but with 15s to go he rose back up to second place, 0.172s off Antonelli’s pace.

His final lap was even faster, and he took pole with a 2m17.054s effort while Antonelli failed to improve late on and qualified second.

Barnard did go third fastest, but then Wharton found more pace to move ahead him on row two of the race one grid.

Antonelli and Camara did battle for pole again in Q2, with Antonelli on top in the middle of the session.

Camara bided his time, while team-mate Ugo Ugochukwu briefly got into second place and PHM’s Valentin Kluss had laps deleted for track limits violations, and only rose to the fore with a minute-and-a-half to go.

A 2m16.616s lap meant he pipped Antonelli by five hundredths of a second, and once again Antonelli could not find pace late on. Camara could, and ended Q2 with a 2m16.019s lap that guaranteed him pole.

After the chequered flag was waved, Ugochukwu set a 2m16.619s to shuffle Antonelli down to third, with Barnard completing row two of the grid for race two.