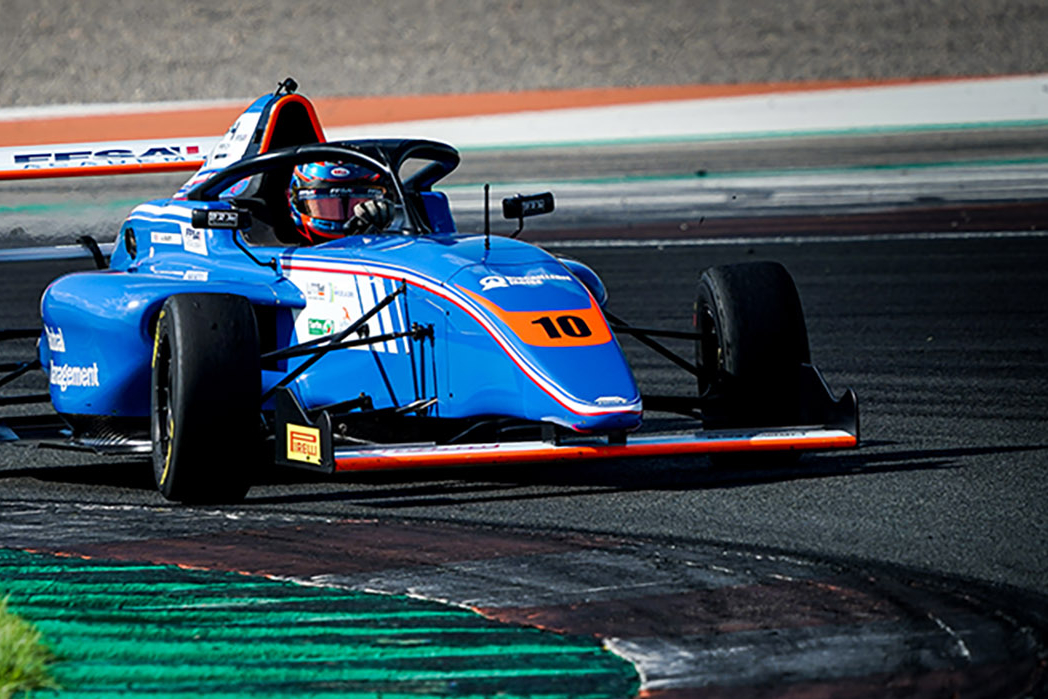 Giusti and main rival Hugh Barter were one-two pretty much throughout the qualifying session, with Pierre-Alexandre Provost in third at the halfway point ahead of title outsider Souta Arao.

The lap that would earn Giusti race one pole, a 2m06.992s, was actually set fairly early on in qualifying and Giusti was unable to improve after that.

Barter however also did not improve in the second half of qualifying, whereas Arao bettered his personal best laptime twice and lifted himself up to second place with six mimutes left of the half-hour session. He improved again with two minutes to go, finishing qualifying 0.237 seconds off Giusti.

Provost got faster later on but could not improve on fourth place, with Elliott Vayron and Pablo Sarrazin closely matched in fifth and sixth.

On second-best laptimes, which sets the grid for the final race of the season, Giusti was again on top by 0.151s over Arao. In fact the top five were all the same, with Dario Cabenelas qualifying sixth for race three having been eighth fastest in qualifying.