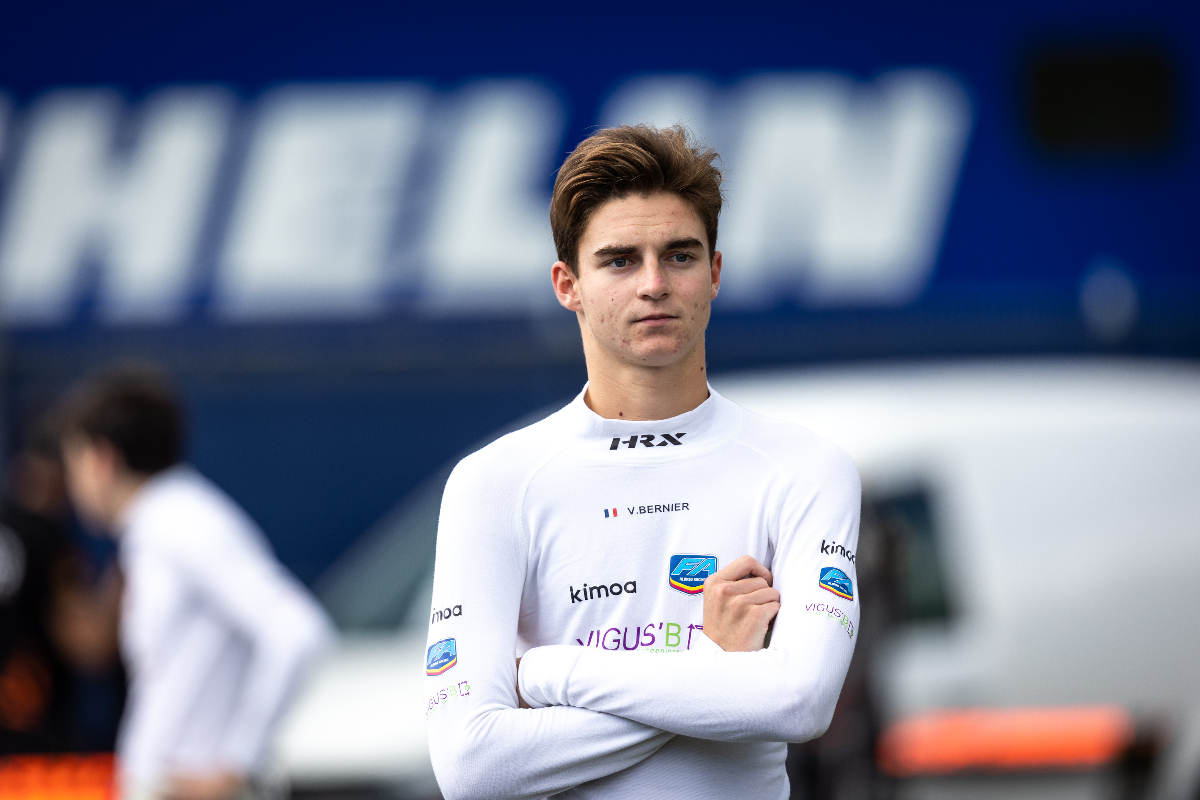 In FP1 there was lots of drivers who made their way to the top of the timesheet at some point, with Trident’s Roman Bilinski the first to do so with a 1m55.008s.

MP Motorsport’s Mari Boya then caused a red flag stoppage with a crash in the first sector, and after the restart team-mate Sami Megouetounif went fastest. ART Grand Prix’s Gabriele Mini then brought the pace into the 1m43s, but was only fastest for a few moments before Bilinski returned to first place.

FA Racing’s Francesco Braschi was the next surprise name to lead the way, and was fastest for a minute before Arden’s Eduardo Barrichello set a 1m43.284s. Bernier then shaved a quarter of a second off that time to go top, with Meguetounif slotting into second place.

That was also a short-lived lead as Trident’s Leonardo Fornaroli became the first driver to lap in the 1m42s, heading Hadrien David, Noel Leon, Mini and Duerksen as the top 12 drivers all improved.

Van Amersfoort Racing’s Joshua Dufek set a 1m42.334s to go fastest a few minutes later, with Bernier rising up the order and posting a 1m42.504s lap to go second fastest.

R-ace GP’s David was next to top the times, setting a 1m42.178s at the half-hour mark before many drivers chose to pit. Bernier was still improving, reclaiming second place before another red flag period that occurred after Piotr Wisnicki stopped and then Nicola Marinangeli hit trouble.

Eventually the session restarted, and there were a few improvements with 10 minutes left on the clock. Even more were to come once the chequered flag waved, as David and then Bernier moved to the top.

Bernier was fastest again in FP2. Bilinski started on top once more, with Mini following as the fastest driver. He was shuffled out of top spot by Pierre-Louis Chovet with 13 minutes to go, then Bernier bettered the FP1 pace by setting a 1m41.289s. After that he was able to go even faster with a 1m41.097s lap, putting him comfortably clear at the top.

Slowest in practice was Prema’s Amna Al Qubaisi, who was 8.491s off the pace.