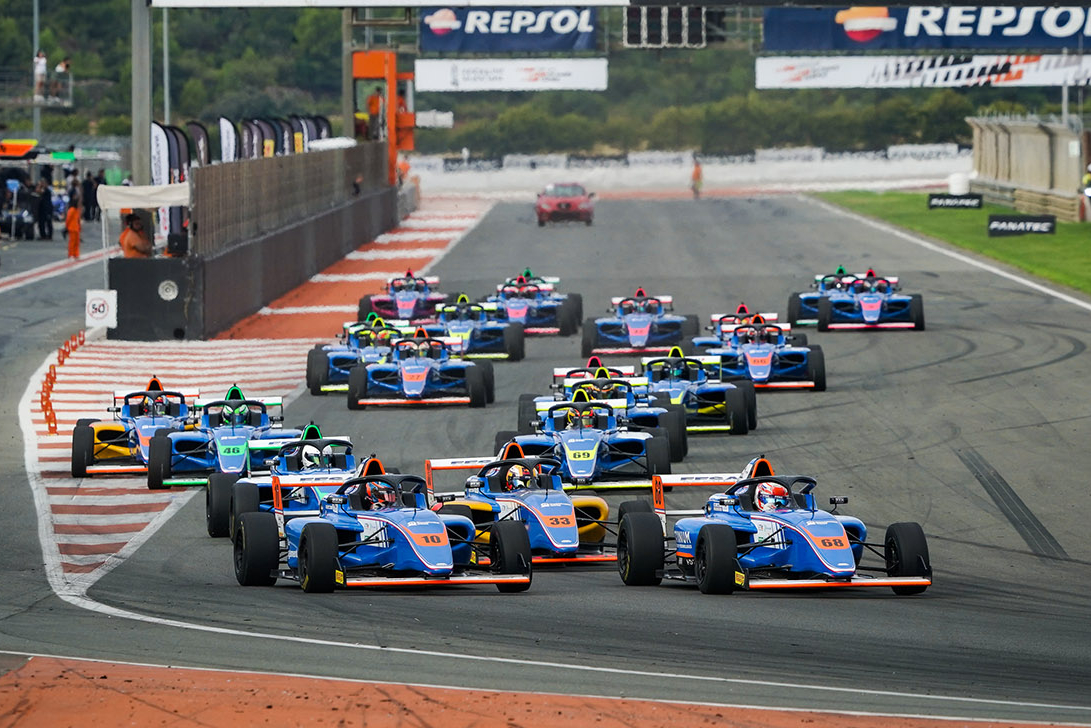 Hugh Barter is aiming for a perfect weekend in the final French Formula 4 round at Paul Ricard in order to have a chance to clinch the title.

The Australian is currently second in the standings, losing the championship lead last time out at Valencia as his previous visit to the circuit in Spanish F4 meant he was ineligible to score. He now sits 32 points behind Alessandro Giusti, and 35 ahead of Red Bull junior Souta Arao, who is still in contention with 70 points up for grabs.

In the Valencia paddock, Barter described the challenge ahead as “extremely tough”, and praised his main rival’s performance in recent rounds.

“I think he [Giusti] has been driving extremely well in these last couple of rounds,” Barter told Formula Scout.

“I think for me at Paul Ricard, the best I can do is just win as much as possible, hopefully have a round like Spa-Francorchamps, double pole, race one and three win and three fastest laps across the weekend. I think if we can achieve that at Paul Ricard, that’s probably the best we can hope for and see what happens to him.”

Being ineligible to score points at Spa and Valencia due to his Spanish F4 appearances has placed Barter on an uphill path, and that is something Giusti has wisely taken advantage from.

“I could have won here this morning, but the championship is more important than winning here in Valencia,” Giusti affirmed after he came second behind Barter in race one at Valencia, and therefore took the points for victory.

“If Hugh starts a bit aggressive [in the next races], I won’t force it. I want the 25 points. We want the most points possible and that doesn’t mean winning the race.”

Said approach awarded Giusti another 25 points with second place behind Barter in race three, and has brought about the championship lead he takes into the final round.

No longer in the title fight, Elliott Vayron is targeting to take third in the standings from Arao, who hopes “to get first in Le Castellet, but it’s really, really hard for me”.

“After the few races I’ve done last year, I thought I could fight a little bit more for the title, to be a little bit closer to the front,” Vayron told Formula Scout, having won three races from four rounds as a guest driver in 2021.

“For the moment, I aim for the third place of the championship, the podium. We’ll see what happens. I’m a bit disappointed, but the season is not that bad, I’m finishing almost every weekend on the podium, so it’s okay.

“I did not do a lot of driving during this winter, so I had to really learn the car, as it’s a new car, at the first race of the year. I am a bit struggling with this car. I think it fits a little bit less to my driving style than last year’s car,” he replied when asked about this year’s struggles.