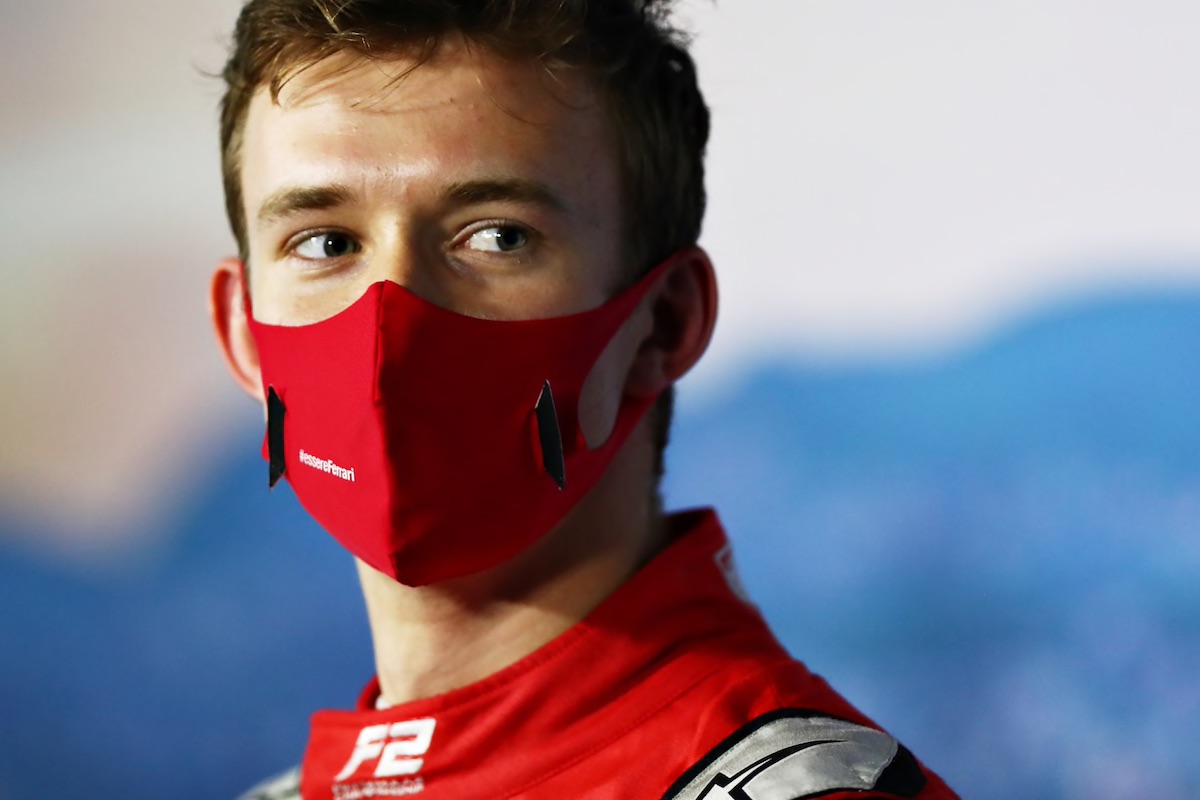 Callum Ilott said he was in significant pain before taking his third pole of the Formula 2 season at Barcelona after pulling a muscle when he “woke up a bit funny”.

Ilott posted on social media on Friday morning that he was suffering from a neck issue, but the Ferrari junior still managed to take pole ahead of Prema’s Robert Shwartzman and Virtuosi Racing team-mate Guanyu Zhou.

“I pulled a muscle in the back of my neck so I can’t really move my head any more than that to the right,” said Ilott, demonstrating the problem in the post-qualifying press conference.

“I thought it was going to be alright when I went out for free practice, but it turns out it’s right on the back. So, whenever I braked, I was wincing in pain and then we tried to sort it out in between runs and to be fair it got a bit better for qualifying.

“It wasn’t as painful, but it’s not comfortable that’s for sure. That’s the story on that one. Not the best but I’ll try to not wake up on the wrong side of the bed the next morning.”

Ilott also went into detail about his approach to the session as well as into his pole lap, in which he was significantly quicker than the opposition through the second and third sectors.

“I just don’t think I really hooked it up completely in the first sector,” he explained after Formula Scout asked whether he was conservative in that section. “I think always when you’re going into a new session on the first lap you don’t quite know what to expect when you get to the first corner.

“So, I didn’t maximise it, it wasn’t bad, but it wasn’t great. And then once I sort of felt the car and knew what the limits were, I just knew what to go to in the second and third sectors. Even in the third sector, I know it was purple, but it was quite messy for me.

“I had the same thing in Silverstone, the first sector was a bit off but sector two and sector two were nailed. It’s not tactical but it worked out in a good way, I guess.”

Ilott also explained why he chose to go out earlier than his rivals on his second set of tyres.

“To be fair I probably would have been alright if I went with everyone, but the first run was a little bit messy, lots and lots of traffic even though we’d waited.

“So I think we had time to do it and it wasn’t even discussed before, but my engineer said ‘we could run in the gap now, if you do, you might get the second lap in but most likely people will come out’ so I was like ‘yeah, OK, let’s give it a go’.