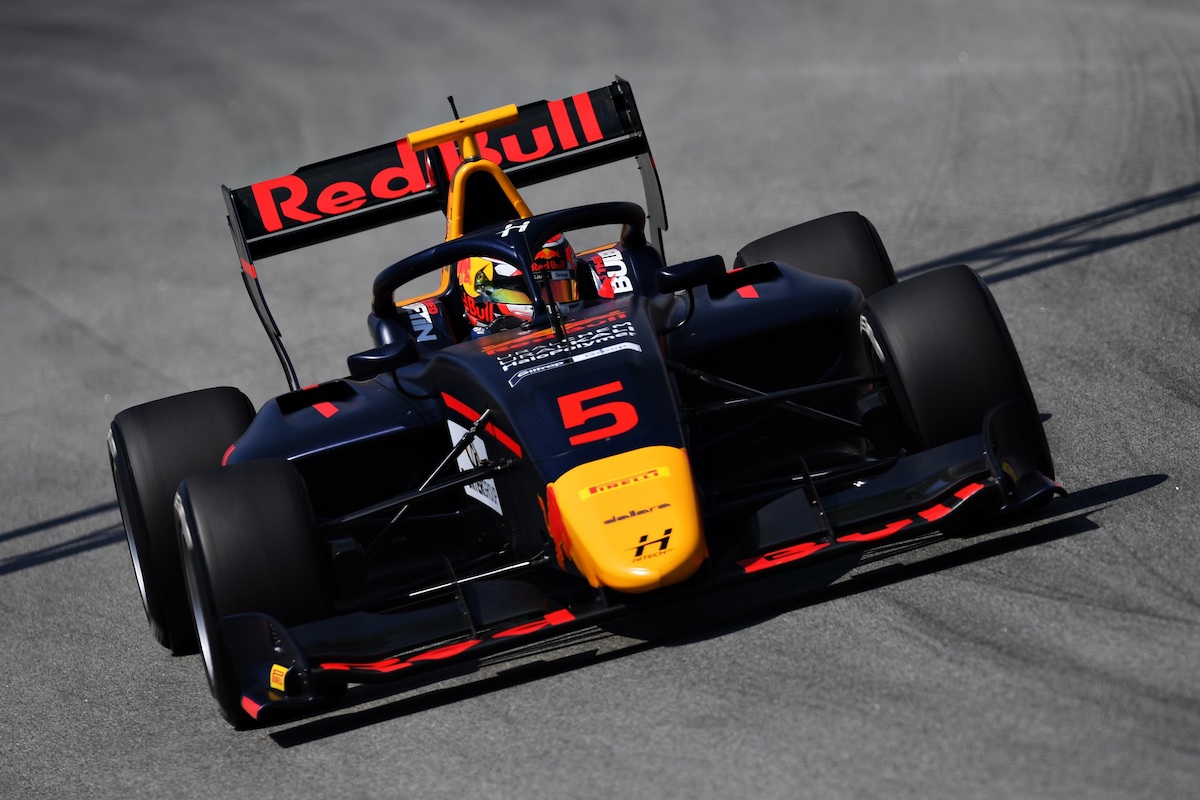 Lawson qualified third for Saturday’s race but spent a period of the session stuck in the pits with what appeared to be some sort of mechanical problem.

While it was rectified, the Hitech GP driver says it placed him in a compromised position for his final run in the session.

“Considering what happened in the session it’s actually a pretty good result,” Lawson said in the press conference after qualifying. “We had lots of issues in the first run, big engine problems and we were lucky enough to fix it but unfortunately when I went to go back out again, we couldn’t start the car.

“We ended up at the back of the queue so before I started the lap I spent about a minute in the last sector behind the entire field basically doing 5-10kph, so had zero [tyre] temperature starting the lap. So, considering everything it’s not bad.

“The car was quite good today, I was really happy with it so in that instance it’s a little gutting. I think there could have been the potential for at least a front row, but for tomorrow we’ll just have to focus on the start.

“I think tyre wear is going to be pretty big around here. Degradation is always massive here so we’ll just have to focus on that and try to get as many points as we can.”

Lawson also believes that he will only be satisfied with the championship title in 2020 and that poles are an important part of the title fight.

“It’s huge qualifying points,” he said. “Getting four points for pole position, you don’t even get anything like that for fastest lap in the race so it’s massive.

“So obviously the goal is to try and get pole positions and every time we have a car capable of doing it, something gets in the way of it, so we have to try and get on top of it more for sure. But there are more points in the race and that’s where we’re going to try and have the best result.

“I think the objective is still the same and that’s to try and obviously win the championship. The three DNFs don’t help, we lost a lot of points there but at the start of the year we definitely were struggling, especially in qualifying form.

“So, I think for us we’ve got on top of it a lot more recently, and the goal doesn’t change. Obviously top three would be nice but I can’t say I would be completely satisfied with it.”