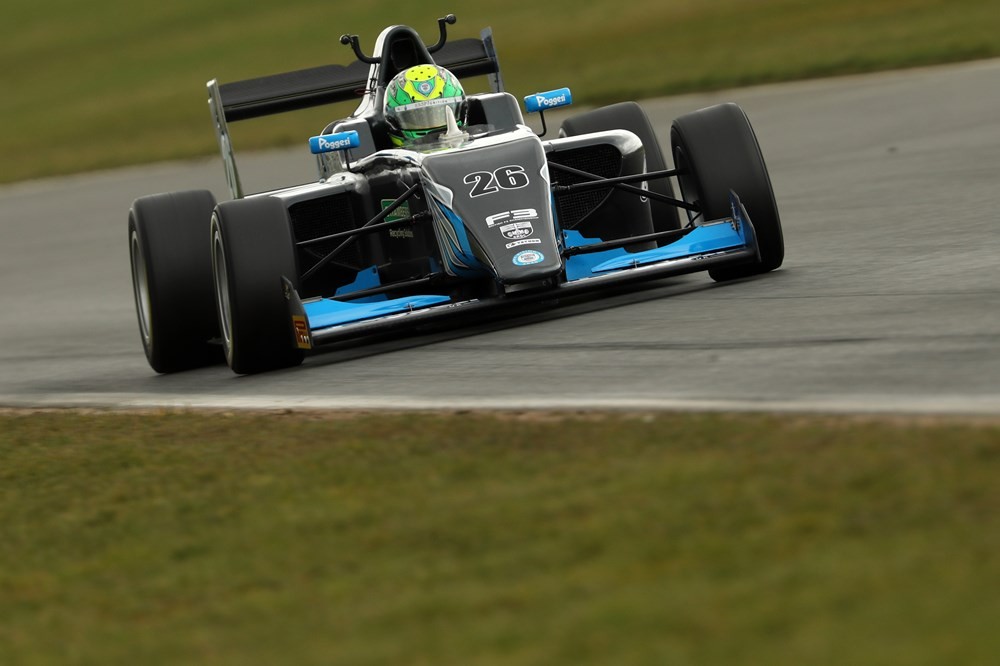 The Double R Racing driver started Friday’s running by immediately beating the benchmark time he set on Thursday, and with track conditions improving very little that ended up being the fastest laptime of the test.

Carlin’s Kaylen Frederick was second best, 0.197s behind and just ahead of Foster’s team-mate Benjamin Pedersen.

Douglas Motorsport duo Ulysse De Pauw and Kiern Jewiss were on the pace again in fourth and fifth, but Hitech GP’s Kush Maini was able to sneak between them in the day’s combined classification by topping the last of four sessions.

Another to improve in the final session was Lanan Racing’s Bart Horsten, who was forced out of the morning’s track action due to his car being repaired after a crash with Chris Dittmann Racing’s Nico Varrone on Thursday.

Pedersen just pipped Maini to top spot in the second of the sessions that Horsten missed, and Maini was denied first place again in the first afternoon session by Frederick.

Carter Williams was 11th fastest overall for JHR Developments, which is making its series debut this weekend, and was 0.678s off Foster’s best lap. His team-mate Max Marzorati was the only driver in the 19-car field not within a second of the pace.