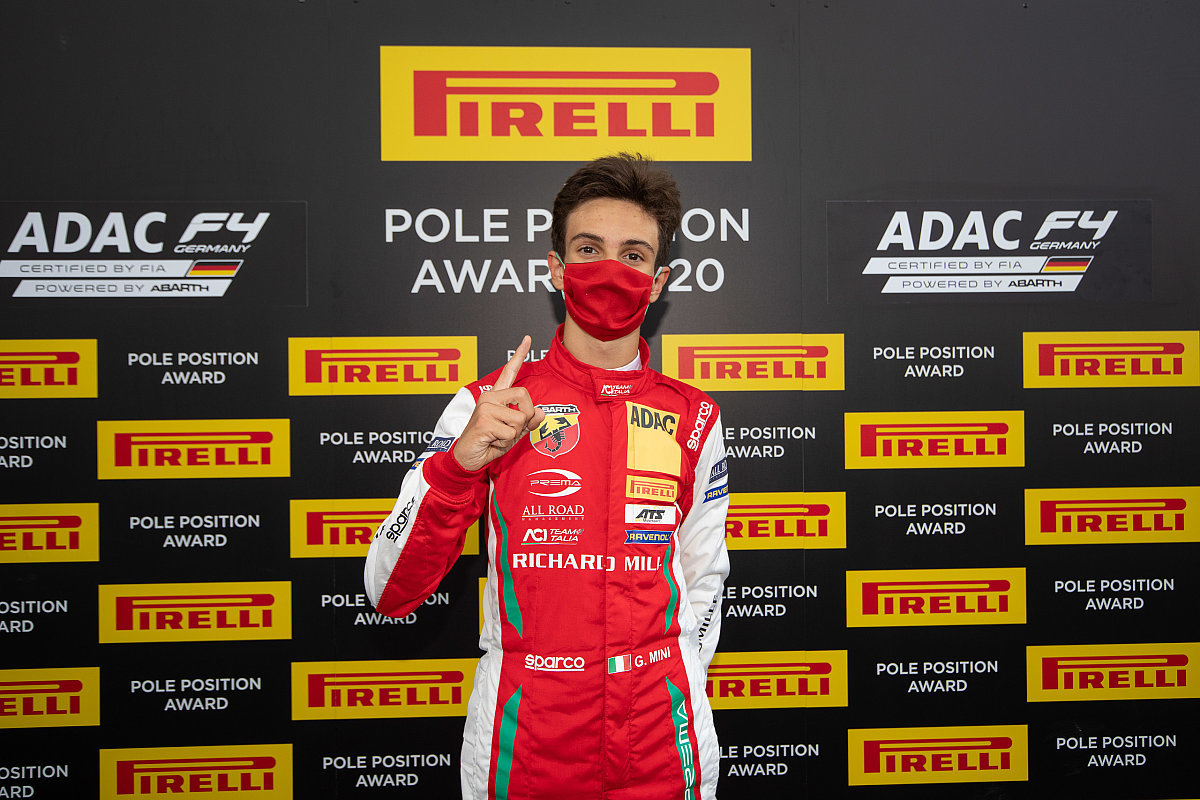 By topping the first qualifying session, Mini repeated the feat he achieved on his single-seater debut in the Italian F4 opener at Misano two weeks ago, when he and his Prema team-mates missed the start of the German-based championship.

Championship leader and practice pacesetter Edgar, who won twice at the Lausitzring opener, only managed eighth in the first session but topped the second to take pole for race two.

Edgar was 0.143s faster than Seppanen, who shaded Mini by 0.016s to get a place on the front row. Crawford took fourth in front of Beganovic and the only German in the field, Tim Tramnitz.

Francesco Pizzi, who like Mini took a win at Misano, qualified 11th and seventh in the third VAR car.