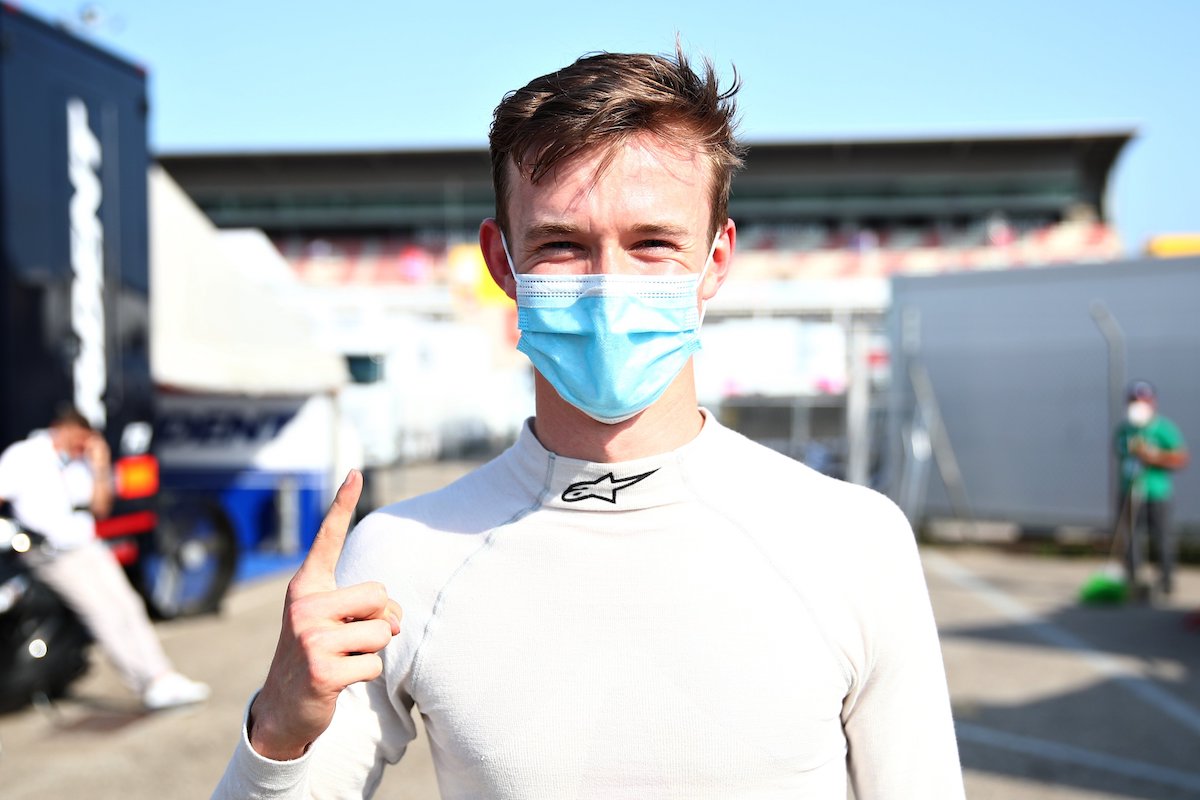 Callum Ilott made the most of a clear track to beat Formula 2 championship rival Robert Shwartzman to pole at Barcelona.

Shwartzman had his best F2 qualifying showing to-date – having never previously started a feature race in the top five – and led the field after the first runs.

Virtuosi Racing deployed unusual strategies with both of its cars, with Guanyu Zhou waiting for a clear track in the middle of the session before making his first attempt – which was good enough to put him second to Shwartzman, just 0.014 seconds adrift.

Team-mate Ilott had been third, only 0.025s away, with his conventional first attempt, and then headed out early on his second set of tyres.

With 10 minutes left on the clock, the championship leader went fastest by almost half a second, despite whacking the left-hand kerb at the final chicane.

While Ilott waited in the pits, Shwartzman fell 0.183s short with his first flying lap on his new tyres with six minutes to go. The Prema driver began a further attempt with a personal best first sector but couldn’t make his soft tyres last.

Zhou again bided his time, only returning to the track with four minutes left.

He was up on Ilott’s time in the first sector but wound up third, 0.22s behind.

Christian Lundgaard, who sits second in the standings ahead of Shwartzman, struggled to a lowly 14th (nearly one second down on Ilott) as he and ART Grand Prix carried across their poor form from free practice.

Mick Schumacher moved to within 0.027s of Shwartzman with a second flying lap on his first set of tyres, but didn’t improve on his second set and finished up fifth ahead of Yuki Tsunoda.

Williams-supported pair Jack Aitken and Dan Ticktum are set to share row four of the grid with Nikita Mazepin and Louis Deletraz rounding out the top 10.

Eleventh for HWA driver Artem Markelov was a considerable improvement on his previous best this season of 17th.

Lundgaard’s team-mate Marcus Armstrong continued his recent difficulties in 19th place, though he still edged out Luca Ghiotto, who had been 22nd and last after the first runs.