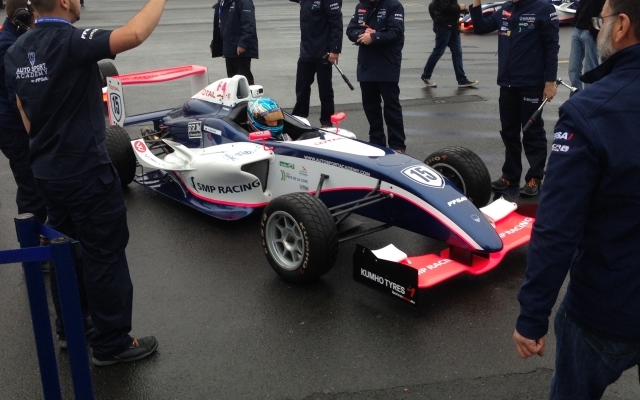 Starting from third, Bulatov forced his way up to first right after the start and after that delivered a controlled victory.

It was Joao Carvalho, who started from pole but the Portuguese driver dropped down the order throughout the race.

Finnish Simo Laaksonen had to settle with his starting position, second, as he was not able to challenge Bulatov for the win after getting past Carvalho.