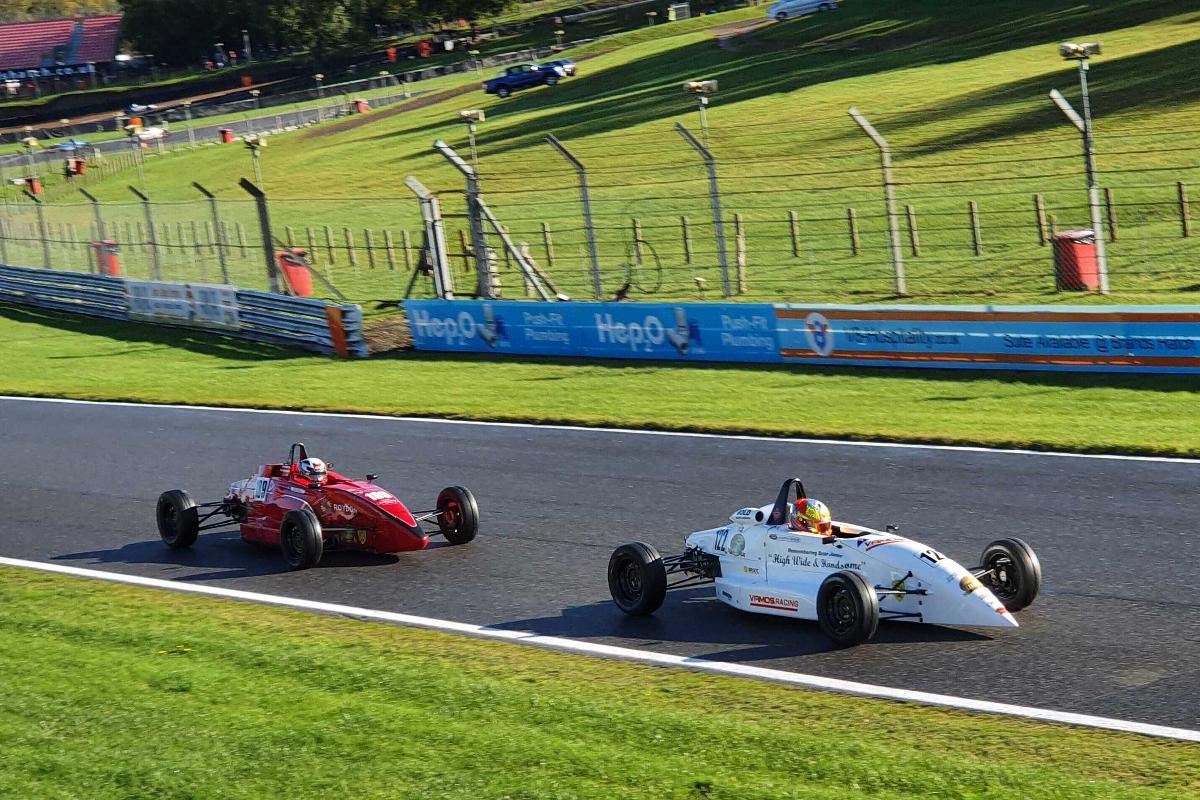 Jonathan Browne fended off a late charge from Jamie Sharp to win the opening heat at the Formula Ford Festival on the Brands Hatch Indy layout.

After starting from pole, B-M Racing’s Jamie Sharp had a highly eventful race, going off the road twice and colliding with Swift Cooper’s Luke Cooper before recovering to finish 0.145s behind in second.

Sharp led away at the start on wet circuit, with Vamos Racing’s Browne moving ahead of front-row starter Chris Middlehurst into Paddock Hill Bend.

Team Dolan’s Middlehurst wrestled back second from Browne, who had a trip across the grass, before the opening lap was complete.

Middlehurst had his own excursion across the grass shortly afterwards, allowing Browne back through, and there was further drama when Sharp went off at Graham Hill Bend.

That promoted Browne into the lead ahead of Middlehurst, while the recovering Sharp then tangled with Cooper at the next corner, sending the latter spinning down the order.

Sharp pulled off successive moves around the outside at Paddock Hill Bend on Middlehurst and Browne to regain the advantage, but then went off again at Clearways and fell back to third.

Sharp retook Middlehurst on the inside at Paddock Hill, and caught back up to Browne while negotiating backmarkers, but ran out of time to make a move for the win before the chequered flag.

Team USA Scholar Andre Castro pipped Middlehurst to third on the final lap for Low Dempsey Racing, while privateer Alan Davidson came out on top in an early battle with Graham Brunton Racing’s Logan Hannah to finish fifth in a 1989 Mondiale.

Nick Gilkes was eighth for Kevin Mills Racing ahead of Ian Gough, Andrew Blair and David Parks, who all automatically qualified for the semi-finals.

Cooper recovered to finish 12th, just making it through to the next stage without needing to do the Progression Race.