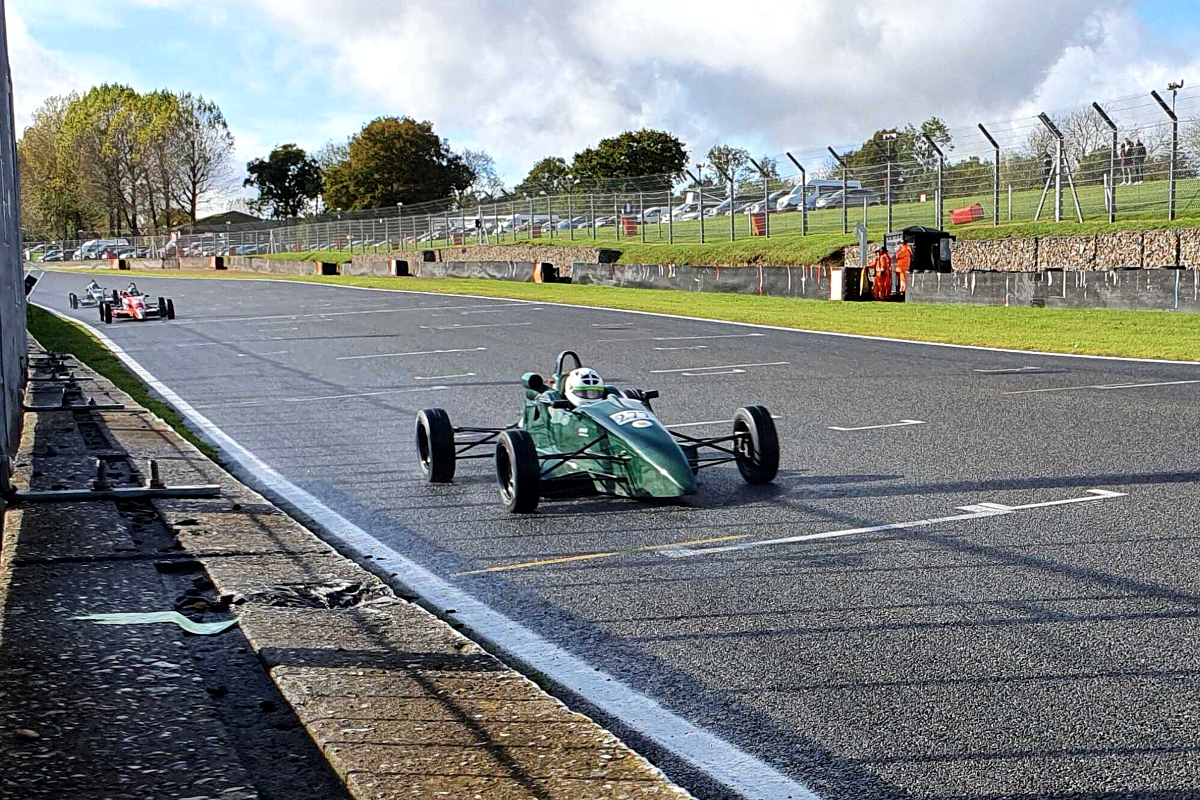 Kevin Mills Racing’s Tom Mills had a fairly slow start as Low Dempsey Racing’s Dennis Lind got away slightly better in what became a nine-lap race rather than the scheduled 12.

Team Dolan’s Matt Cowley initially got ahead of Foster to take third, before the safety car was brought out after Northern Irish FF1600 rookie Brandon McCaughan was embedded into the barriers at Clearways, having qualified well, after apparent contact with Richard Higgins.

When racing resumed, the order remained that way initially as the top four started to pull away. That was until Lind went off from second at Graham Hill Bend and dropped down the order to eighth.

Mills meanwhile struggled to keep Cowley and Foster behind and slipped back to third.

On what turned out to be the final lap, Don Hardman Racing’s Foster dived down the inside of Cowley to take the lead, while Mills ran wide and was passed by Souley Motorsport’s Jack Wolfenden.

TM Racing’s Vincent Jay spun off from what would have been an automatic semi-final qualification place and will have to go to the progression races to make it through.

The race was brought to a premature end when 1980 Festival winner Roberto Moreno had to be retrieved from the gravel by marshals after what appeared to be contact.

While he was provisionally classified in 11th, he was later determined as non-classified after bringing out the red flag.

The result, taken from a lap back, had Foster winning ahead of Cowley and Wolfenden. Mills was fourth and Noel Robinson was fifth.

Darwin Smith was the top privateer in sixth ahead of Matt Rivett, with Lind unable to recover any lost spots in eighth.

Derek Palmer Jr and Sam Street rounded out the top 10, and the final automatic semi-final spots went to Lewis Fox in Jan Magnussen’s winning car from 1992 and Richard Higgins after Moreno’s result was revised.

A few hours later, Fox was then disqualified from the race for punting off Moreno, meaning Marc Sawer earned a semi-final spot.