Brad Benavides moves into Formula 3 with Carlin for 2022 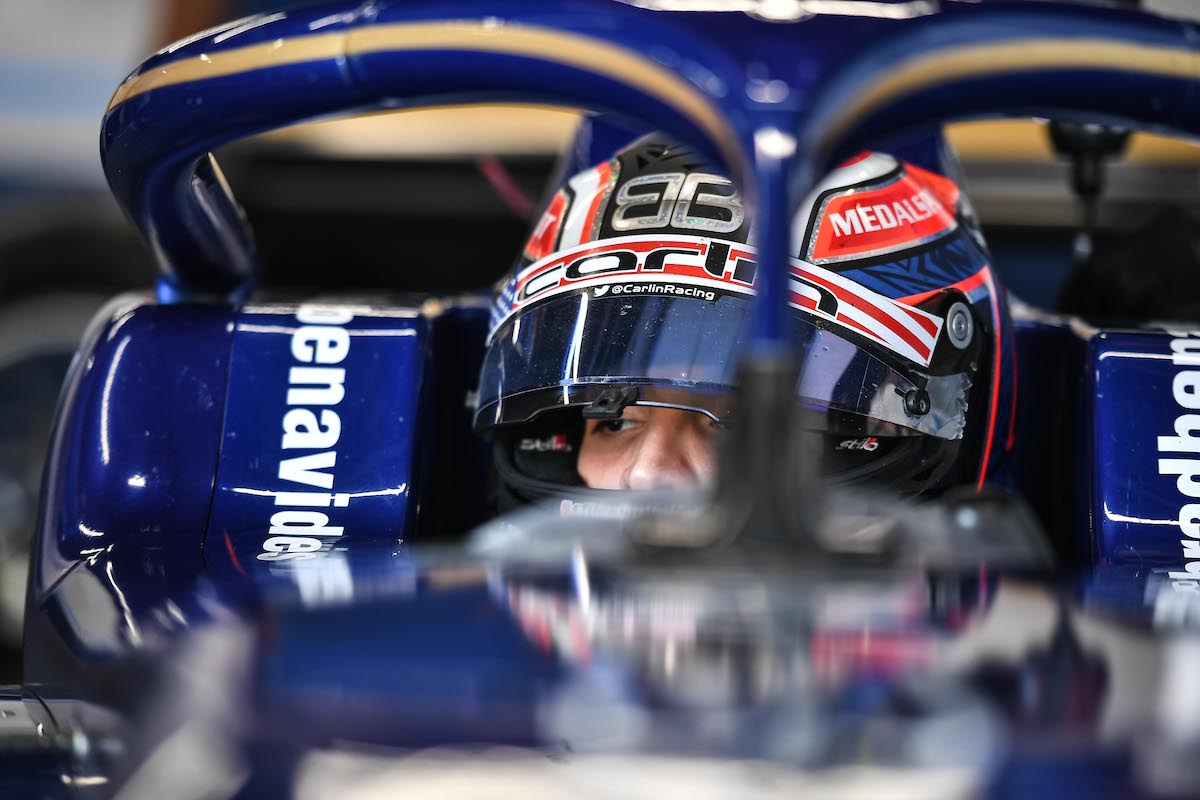 Brad Benavides will compete for Carlin in the FIA Formula 3 Championship this year after racing for the team in Euroformula.

The Florida-born driver, who also holds Spanish and Guatemalan nationality, started 2021 in the Formula Regional European Championship with DR Formula.

He departed halfway through the season and contested the final three events of the Euroformula campaign with Carlin before testing with the British squad in FIA F3 at the Valencia post-season test.

“I’ve been a die-hard fan of racing my whole life and I have, in my hands now, the greatest opportunity I’ve ever had,” Benavides said.

“I feel like, at the same time, my greatest achievements are closer than ever. I am going to give my maximum effort this season and make it one to be proud of.”

Benavides actually made his single-seater debut in a one-off Euroformula appearance with Campos Racing in 2018, then competed in the Formula Renault Eurocup in 2019 for FA Racing before sitting out 2020.

“Brad is still a very young driver at the start of his career,” said team boss Trevor Carlin. “Making the step up to FIA F3 in only his second [full] season in Europe will be a big learning curve but Brad has a fantastic attitude both in and out of the car.

“We’re delighted he has chosen to stay with the team for this next step in his career and we can’t wait to get started with testing later next month in Bahrain.”

Benavides is the first team-mate confirmed for new Williams Formula 1 junior Zak O’Sullivan, who steps up to F3 with Carlin as GB3 champion.