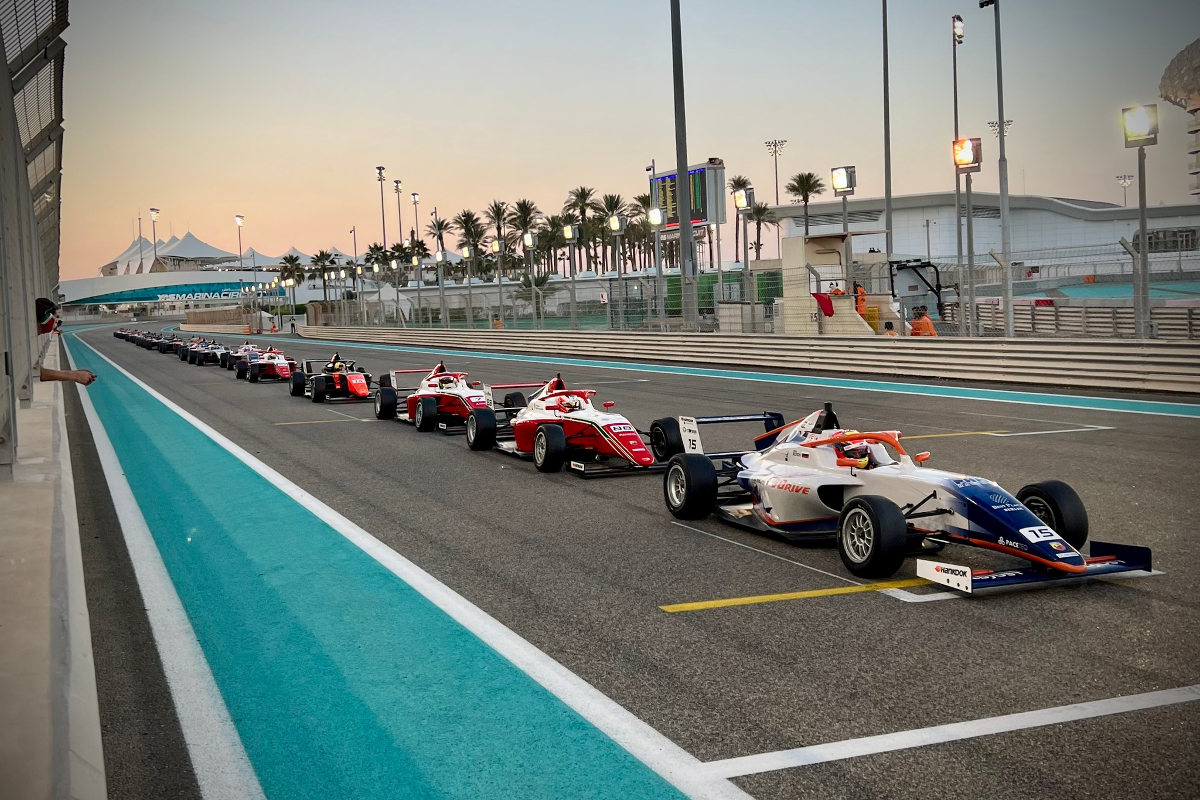 Prema’s Rafael Camara finished first on the road, but was classified second as the whole grid but Bedrin was penalised five seconds for “breach of Article 39.3”. Camara is now 26 points from the points lead with two races to go.

PHM Racing’s Bedrin led lap one, with Camara and Abu Dhabi Racing by Prema’s points-leading Charlie Wurz holding on to their starting positions behind.

The red flag was out not long after due to a three-car crash involving Miron Pingasov, Ricardo Escotto and Jef Machiels. Action resumed half an hour later for a 23-minutes race, and all the drivers minus Bedrin were reported to the stewards for failing to stop in the corresponding grid positions when the race was stopped [pictured above] and would later be penalised (before the decision was withdrawn and sent out again).

Bedrin led the restart while Abu Dhabi Racing by Prema’s Aiden Neate, who had lost fourth to MP Motorsport’s Tasanapol Inthraphuvasak at the start, dropped behind PHM’s Taylor Barnard. At the end of the lap, the safety car was deployed due to an incident involving Robert De Haan.

As the race progressed under green flags again, Neate and Hitech GP’s Alex Dunne moved past Inthraphuvasak and Barnard, who dropped down to eighth after being overtaken by Conrad Laursen.

The battle up front heated up with the top three within one second, and on lap six Camara passed Bedrin. He went on to build a gap, but it wasn’t enough to overcome his penalty to win.

The battle for third continued to the last lap, with Neate passing team-mate Wurz. Inthraphuvasak lost further places late on and finished eighth.

With three laps to go, Global Racing Service’s Vladislav Ryabov and PHM’s Jonas Ried came together while fighting for ninth and retired.

Brad Benavides moves into Formula 3 with Carlin for 2022