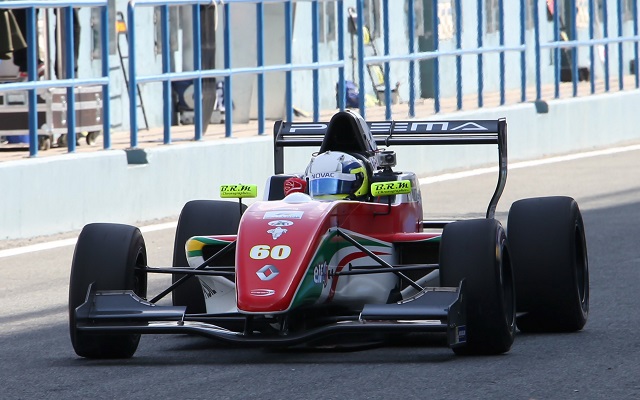 Bruno Bonifacio delivered Prema Powerteam’s first victory of the 2014 Formula Renault Alps season in the first race of the final round at Jerez.

The Brazilian racer controlled the race from pole position, taking his fourth win in the series.

Alps champion Nyck de Vries kept up with the Prema driver over the duration of the race, closing in when the Brazilian dropped some time on lap 13, but the Dutchman would eventually have to settle for second.

Egor Orudzhev went from fifth on the grid to third during the opening lap and drove a consistent race to pick up his third podium in the series.

Matevos Isaakyan was eighth, whilst Strakka’s Jake Hughes finished ninth. A ten-second penalty for George Russell for jumping the start meant that it was Cram’s Vasily Romanov?who rounded out the top ten in the classification.