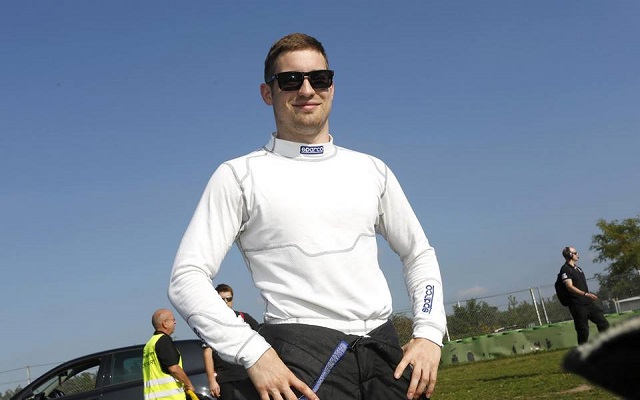 German F3 champion Markus Pommer took his 14th victory of the 2014 German F3 season in race two of the final round at Hockenheim.

The Lotus driver moved into the lead during the first lap and maintained his position out front for the 11 subsequent laps to take the checkered flag.

Front row starters Nikolaj Rogivue and Maximilian Hackl were shuffled down the order over lap one as Pommer, who started fifth after a drive-through penalty put him fourth in yesterday’s race, stormed to the lead.

On lap two, race one winner Weiron Tan collided with Hackl coming out of the hairpin and was left stranded on track, bringing out the safety car.

The 20-minute race was subsequently back under green with 11 left on the clock and, while Pommer and second-placed Indy Dontje pulled away, their Motopark stablemate Nabil Jeffri passed Konstantin Tereshchenko for third.

From that point on, it was a straightforward race for the top three, as Pommer led Dontje and Jeffri at the flag by 2.6 and 3.4 seconds respectively.

Nikolai Sylvest, who was excluded from yesterday’s race and started the sprint in last, fought his way up to fourth and held that place despite pressure from newcomer Nicolas Beer, who took fifth.