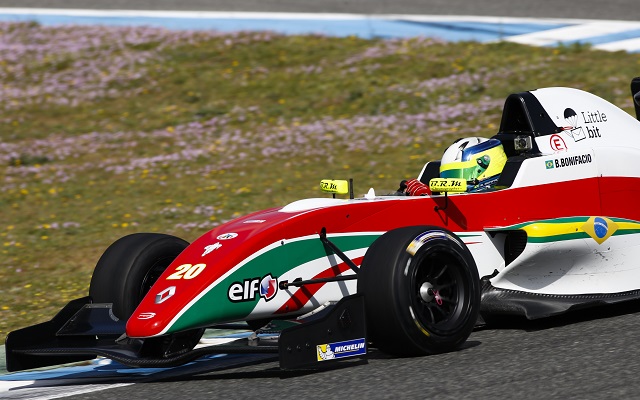 Bonifacio took over at the top of the timesheets midway through the session and, after being briefly deposed by another Prema racer Hans Villemi, returned to the lead to comfortably remain in there until the conclusion of the opening day.

“There are lots of challenges at Jerez with the massive degradation of the tyres and the gravel run-off areas,” noted the Brazilian at the end of the day. “There is only room for a tiny margin of error”.