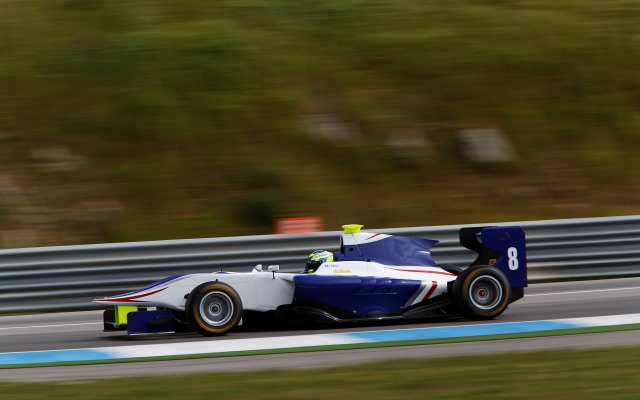 Jimmy Eriksson managed the best time in a rain-affected afternoon session on day one of GP3 pre-season testing at Estoril.

Eriksson, who joined Koiranen for the 2014 season after the Russian Time’s GP3 entry collapsed, set a time of 1m29.183s early in the session prior to the rain. That put him 0.038s slower than the morning benchmark of Dino Zamparelli, who was 23rd of the 24 drivers in the afternoon standings.

Bonifacio quickest in opening session of Eurocup test at Jerez