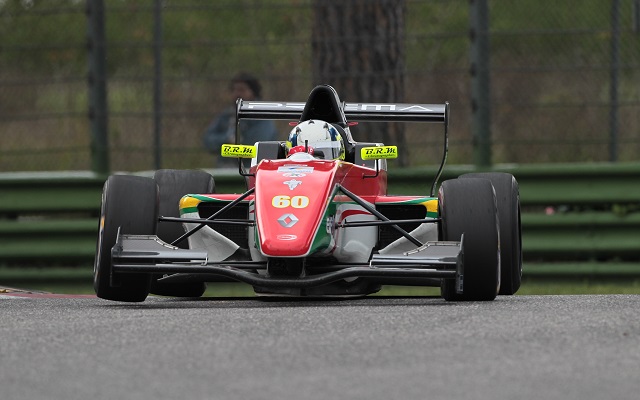 Prema Powerteam’s Bruno Bonifacio and Koiranen GP’s Nyck de Vries will share poles for the two races of the final Formula Renault Alps round of 2014 at Jerez.

Bonifacio topped Group B to secure pole for the opening race, while de Vries emerged as the pacesetter for the two sessions on second-best laps and will lead the way in race two.

De Vries – who has recently become the reigning champion of both the Eurocup and the Alps series – came out on top in a close Group A qualifying, leading Fortec’s Matt Parry by 0.128s.

Parry himself was just 0.02s clear of Vasily Romanov, who is making his debut appearance with Italian team Cram Motorsport. Fourth-placed Dennis Olsen and fifth-placed Matevos Isaakyan were both within 0.015s of Romanov as the top five ended up separated by just 0.163s.

In Group B, which narrowly ended up being the overall quickest of the two, Bonifacio saw off Leclerc by 0.16s.

Egor Orudzhev took third, with Brits George Russell and Jack Aitken making up the rest of the top five.

On second-best times, de Vries wound up quickest, whilst Orudzhev was the pacesetter in Group B and will join the Dutchman on front row for race two.