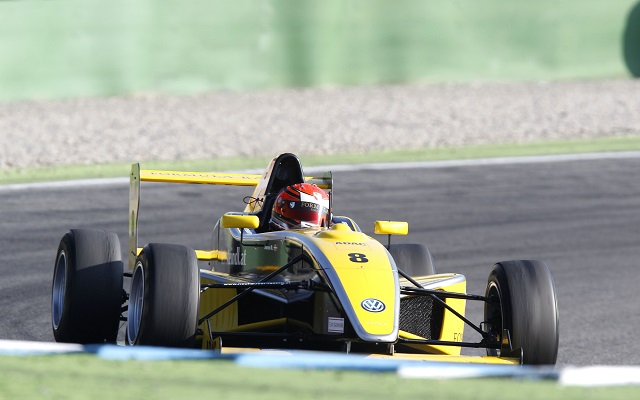 ADAC Formel Masters 2014 champion Mikkel Jensen added to his tally of victories in the championship in race two of the final round at Hockenheim.

Having started on the front row, the Dane was shuffled back to fourth over the opening laps, but soon returned to second place, setting out in pursuit of race leader Dennis Marschall.

As Joel Eriksson managed to keep up with Jensen, the duo slowly but surely crept up on Marschall, who had won the first race earlier today by overtaking Maximilian Gunther for the lead on the final lap.

This time around, however, his fortunes were reversed as he let Jensen by on the last lap of the race and finished second.

With Joel Eriksson taking a close third place, the top three were more than 15 seconds ahead of the rest of the pack.

Poleman Gunther had to settle for a distant fourth as Tim Zimmermann took another fifth.