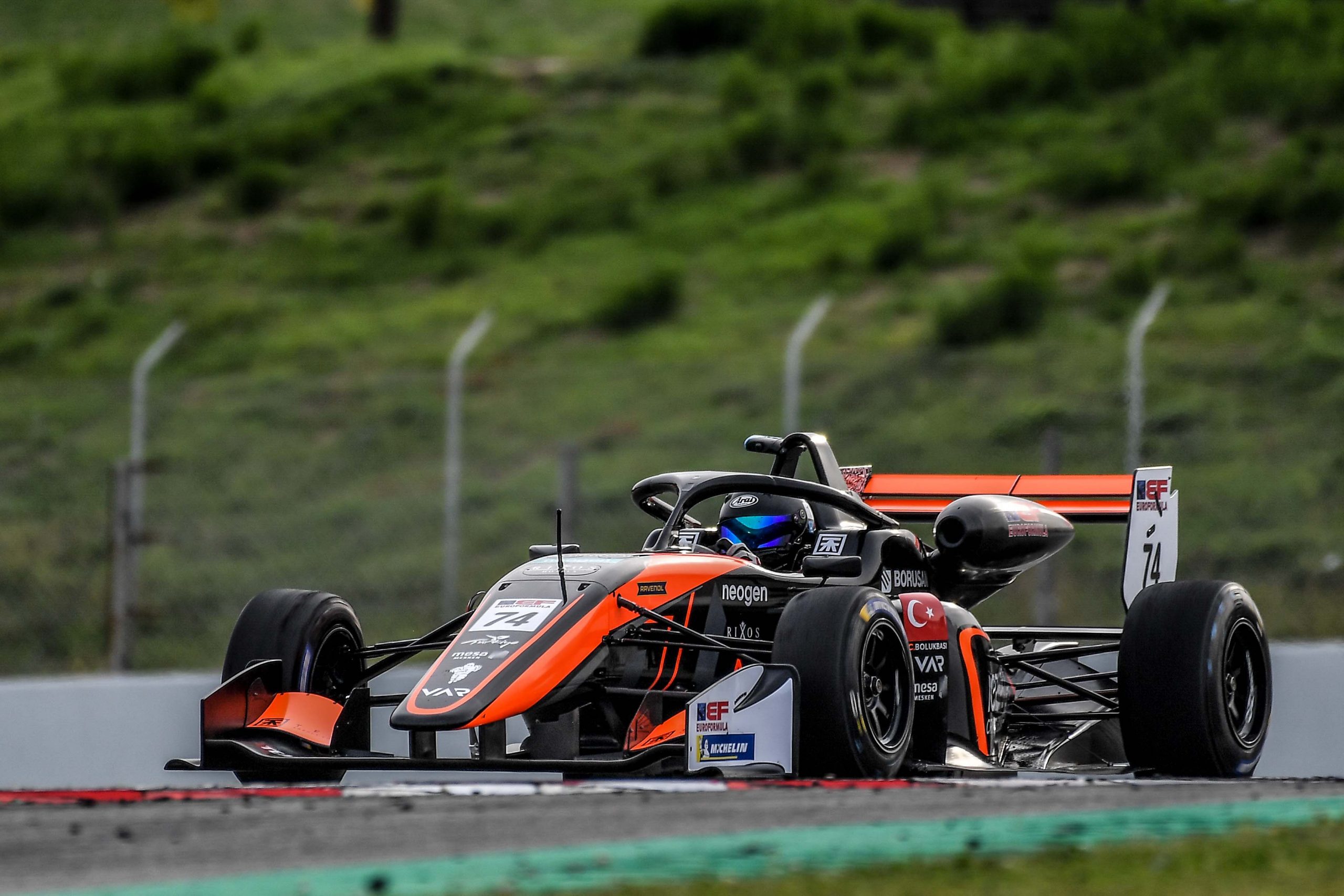 Cem Bolukbasi survived race-long pressure to win the first Euroformula race of the Barcelona weekend ahead of Cameron Das, who sealed the title with two races to spare.

Van Amersfoort Racing’s Bolukbasi, Drivex’s Enzo Trulli and Motopark’s Das went three-wide at the start, with Bolukbasi emerging in front and with Das slotting in behind.

Das didn’t allow Bolukbasi to pull away as the pair left Trulli behind, and the gap was only once more than a second between the lead pair.

They had a wheel-to-wheel moment down the front straight on lap 10 of 18, but Das was not able to make a move work.

After that, Das wasn’t able to apply the same pressure as before to Bolukbasi out front, who took his second win of the season after sensationally winning on debut earlier in the year.

As CryptoTower Racing’s Louis Foster could only finish fifth, and Das took second, it meant the American had a gap of more than 56 points, clinching the title.

Trulli rounded out the podium with Foster’s CryptoTower team-mate Nazim Azman just behind.

Motopark’s Jak Crawford was sixth after battles with Double R Racing’s Josh Mason (who finished one place behind) and Foster.

While there were no retirements, BVM Racing’s Francesco Simonazzi did finish twice lapped having had a spin in the middle of the race and a brush with the barriers.