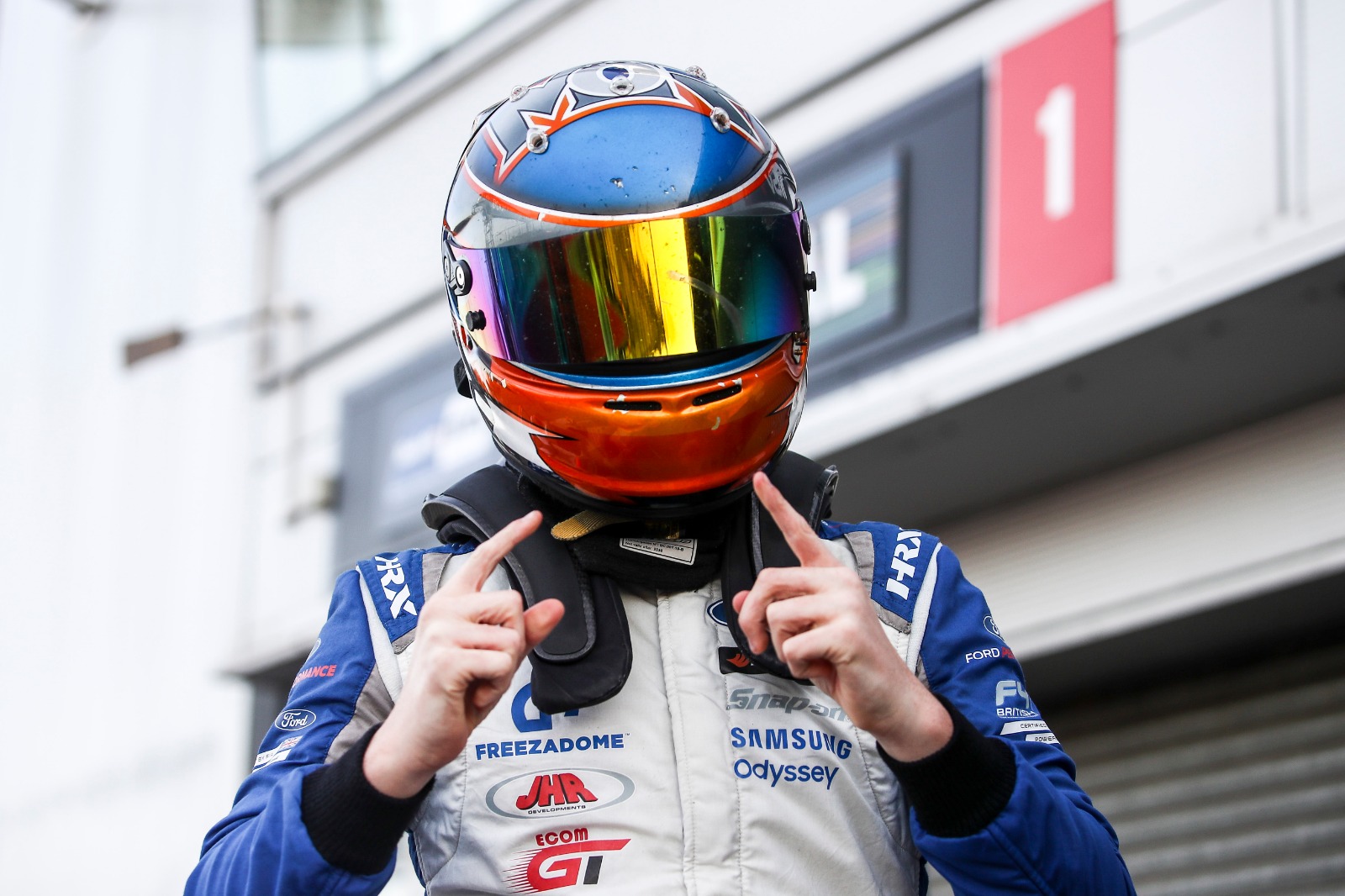 Matthew Rees secured the 2021 British Formula 4 title as Tasanapol Inthraphuvasak claimed his first win in the penultimate race of the season.

Rees managed to make up six positions to climb up to fifth by the chequered flag, putting him just out of reach of Matias Zagazeta in the championship standings.

It was a truncated reversed-grid race at Brands Hatch. The field made it most of the way through the opening lap before Joseph Loake hit the back of Zak Taylor, sending Taylor into a spin.

As the field bunched together, Joel Granfors collided with Loake, taking all three drivers out of the race. A lengthy safety car period followed.

Inthraphuvasak hadn’t gotten the best of starts but retained the lead from David Morales. A fast starting Aiden Neate managed to squeeze past Morales to take second, but suffered damage to his rear wing and he was called into the pit land before the race restarted.

There was a little under two minutes on the clock when action resumed. Inthraphuvasak made a good start, but spent the two lap dash to the flag under pressure from James Hedley. Hedley couldn’t find a way past his team-mate, and followed Inthraphuvasak home to make it a Carlin 1-2.

It was a much simpler race for Rees, who started 11th on the grid. He benefited from the three-car incident further up the order to make up a handful of positions, but was also making moves on track. He’d climbed up to sixth by the time the safety car came out, behind Oliver Gray and Kai Askey.

Zagazeta was able to make up a handful of positions, but didn’t make as much progress as Rees and finished ninth, while McKenzie Cresswell rounded out the top 10.