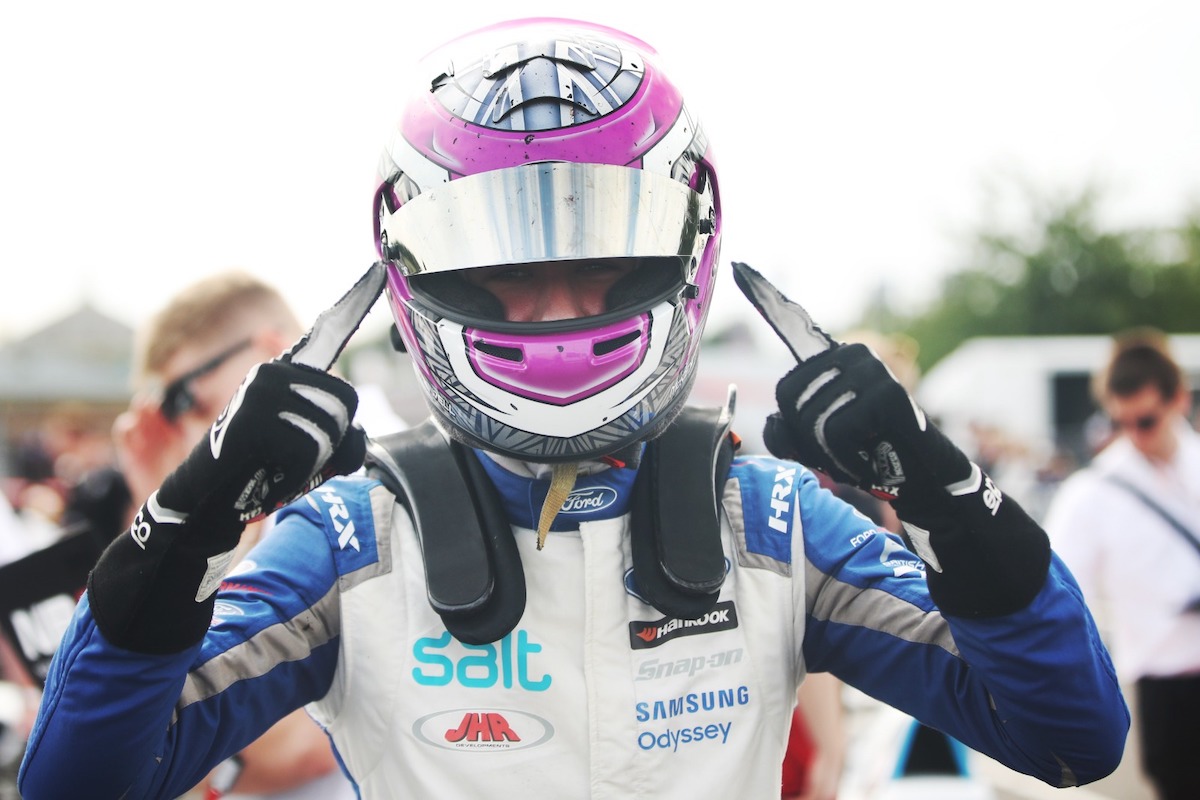 McKenzie Cresswell dominated the opening British Formula 4 race of the finale weekend at Brands Hatch, while an off for Matias Zagazeta allowed Matthew Rees to extend his championship lead.

Zagazeta had done a good job of holding off Rees in the first half of the race, but had become stuck behind pole-sitting Argenti Motorsport team-mate Eduardo Coseteng in the battle for third.

The trio were nose to tail as they went onto the Grand Prix loop, with Joel Granfors close behind. As they came out of Sheen curve, Zagazeta ran wide. He was unable to rejoin the race and would watch the second half from the side-lines.

Granfors managed to find a way past Rees but, with his main championship rival out of the race, Rees’ fifth place finish was enough to almost double his lead at the top of the championship standings from 12 to 23 points.

At the front of the order, Cresswell was doing his championship campaign no harm with a faultless drive. He started from second but an impressive move around the outside of Coseteng moved him into the race lead.

Joseph Loake followed him past Coseteng, but couldn’t stay close to the race leader. Cresswell ended the race with a gap of almost five seconds to Loake, with Coseteng a further three seconds back in third.

Marcos Flack, who had been challenging Rees early in the race, came home sixth, ahead of Georgi Dimitrov and Dougie Bolger.

Cameron McLeod and Oliver Gray had both been on for a top 10 finish before the pair made contact late on. Gray ran wide and dropped back to 10th while McLeod span and plummeted down the order. Kai Askey took advantage of the incident to move up to ninth.