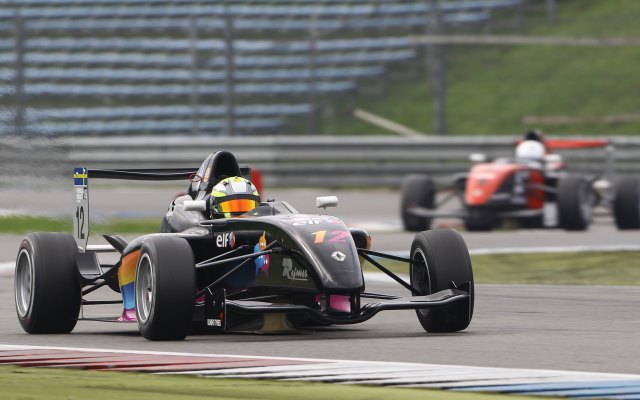 Paul Blomqvist emerged victorious in the first race of the last weekend of the Formula Renault 1.6 NEC season at Assen with championship leader Martin Rump finishing second to extend his advantage of Roy Geerts.

Pontus Fredricsson?started the race on pole position but was passed immediately by Rump and Blomqvist and then retired after contact with Larry ten Voorde.

Rump’s lead didn’t last long though, as Blomqvist passed him on lap four after the Estonian made a mistake. Rump had to settle with second and ten Voorde completed the podium. Patricio O’Ward finished fourth after having a race-long battle with Roy Geerts, which included several position changes, and an overtake in the last lap.

With one more race to go, Rump has a 13 point advantage over Geerts.