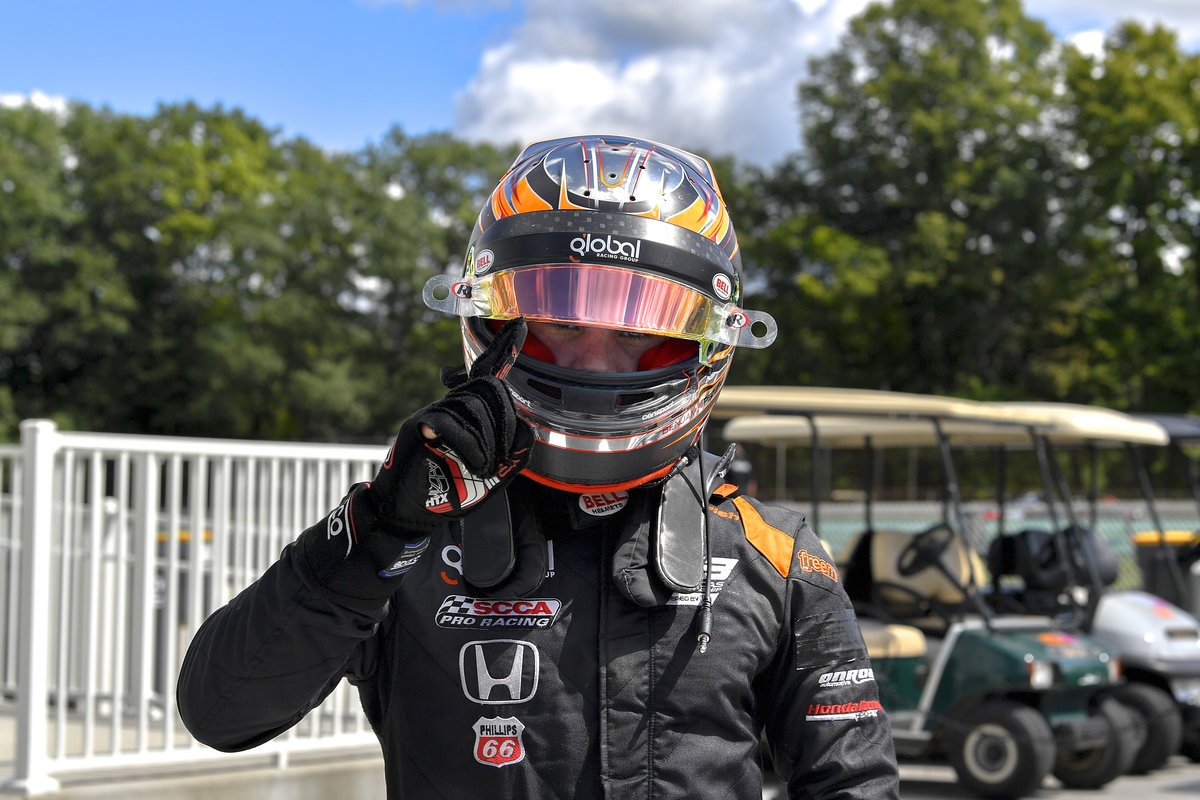 The Dane qualified in fifth but was promoted to third on the opening lap by a first corner crash that ended the efforts of the top four and several drivers behind.

Quinal Lall inherited the lead at first, but conceded the position to Ben Waddell at the at chicane. This brought Pederson onto their gearboxes and he slipstreamed past both before the end of the “pretty hairy” opening lap.

He immediately put a one second gap between himself and the other two podium contenders as Lall crashed out and former Formula V8 3.5 driver Nelson Mason moved into third.

Inaugural series event winner Waddell was displaced to third on lap four, but reclaimed second place at the first corner on the next lap. They traded the position another two times on that same lap, and Waddell started working on shortening the two second lead Pedersen had already built up.

Waddell then had a wide moment that allowed Mason back through, and the latter did a far better job of closing in on Pedersen in the second half of the 20-minute race.

Every lap he chipped away a few tenths, and there was just over a second separating them as they entered the final lap. Pedersen had enough in hand though, and took his first win in the iRacing-based series by 0.859s.

A race-long battle behind him between Flinn Lazier and Jay Howard Driver Development’s Viktor Andersson was decided in Lazier’s favour, although netcode errors that led to frequent spells of invisibility for Lazier’s car meant Andersson was cautious in his attack.

Formula Ford graduates Jonathan Scarallo were seventh and eighth, and the top 10 was completed by Logan Cusson and simulator racing regular Ellis Spiezia.

Despite his victory, Pedersen is still the outsider in what will a four-way fight for the title at the season finale next week.