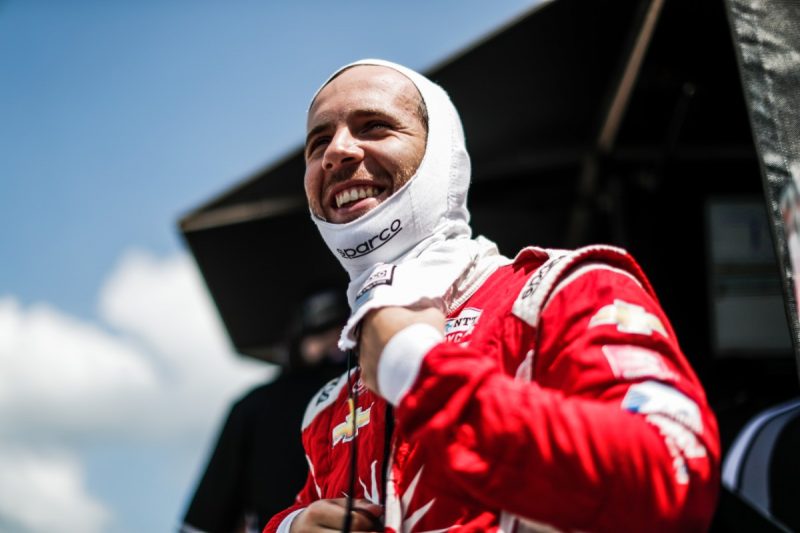 Ed Jones won the final April Isolation Dallara F3 Esports round at Road Atlanta as the title was decided by a final lap crash.

Indian talent Muhammad Ibrahim was fastest in qualifying, beating Jak Crawford, points leader Ramez Azzam and Joe Turney. Due to the huge entry list, three heats were required to half the size of the field for the 30-car points-paying feature race.

In heat one, Ibrahim, Turney and title contender Sacha Fenestraz started and finished as the top three, with Oliver Rowland pipping Jones to fourth.

Red Bull juniors Crawford, Dennis Hauger and Liam Lawson started at the front of heat two, with Crawford holding on to the lead for the first two laps. His more experienced stablemates slipped past at the start of lap three of five, with Hauger then setting fastest lap to keep himself out of danger.

Felipe Drugovich made it three-wide into the chicane on the final lap against Lawson and Crawford for second. His misjudged late-braking move took out all three, allowing Nico Varrone to follow Crawford home in third. Drugovich claimed fourth, with Lawson dropping to seventh.

Azzam led Richard Verschoor off the grid for heat three, with the pair battling until half-distance when a netcode error put Verschoor into the barriers at speed after Azzam got close to him. Victory still went to Azzam, ahead of sportscar racer Richard Heistand and karter Georgi Dimitrov.

Ibrahim started the feature race on pole, ahead of Hauger, Azzam, Crawford and Fenestraz. Drugovich, firmly in title contention, was 10th.

The pace wasn’t with the title favourites in the race, with Hauger and Crawford securing a one-two after two laps, and Ibrahim being shuffled back to Azzam and Fenestraz.

On lap four of 12, the title turned on its head, as Azzam and Ibrahim battled too hard through Turn 1 and Ibrahim spun down to 17th. Hauger held off Crawford until lap seven, while Fenestraz and Varrone passed Azzam through The Esses.

Hauger reclaimed first at the trough of The Esses a lap later, but Crawford got back alongside at the Turn 6/7 hairpin and only Hauger’s aggressive defence prevented another lead change. The pair crashed out spectacularly on the following lap at the Turn 9 kink.

Fenestraz inherited the lead after avoiding their debris, with Azzam closing in rapidly. By the final lap, they were a few tenths apart, with Varrone on their tail too. They entered the hairpin line astern, and Fenestraz’s attempt to break the tow only enabled Varrone to bump draft Azzam into the lead after Turn 9.

Last to brake into the chicane was Fenestraz, and he ran into Azzam at the exit. Varrone tried to slip through but hit both, resulting in Jones passing the hobbling Azzam at the final corner for victory.

Drugovich also passed Azzam, but third was still enough for the latter to become champion.