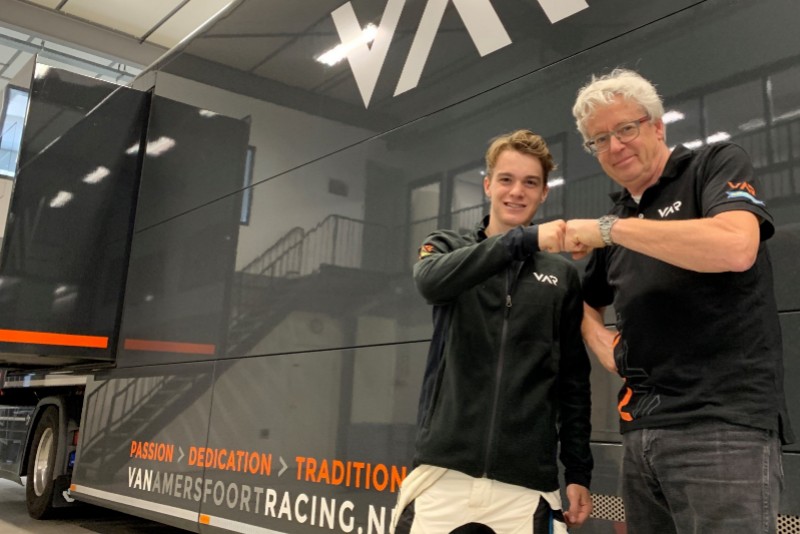 The Mas du Clos team is owned by Bardinon’s family, which is also behind Circuit du Mas du Close in France, and the combination made its championship debut in the second round of the season at Vallelunga.

Bardinon missed the Paul Ricard season opener to a hand injury, and the 17-year-old is currently 13th in the standings having failed to score points on his debut.

?2019 will act as a building block towards being competitive in 2020,” said Bardinon.

“I am fully focused on making progress and I look very much forward doing this with the professional guidance of Van Amersfoort Racing! The last couple of days I?ve spent time with the team in The Netherlands, preparing for Hungary.”

Habsburg was the fastest of the cars there, beating DR Formula by RP Motorsport’s Igor Fraga by half a second. Championship leader Frederik Vesti as third, with Floersch and Vesti’s Prema team-mate Olli Caldwell completing the top five.

One of the teams that competed in that test and will be making its debut in this weekend’s races at the Hungaroring is Technorace. The Italian squad has previously raced in Italian Formula 4, and will field FIA Central European Zone F3 title contender Tom Beckhauser.

The 20-year-old Czech had raced in Asian F3 this year with BlackArts Racing, but has ended that deal early and will enter the next two FREC rounds instead.