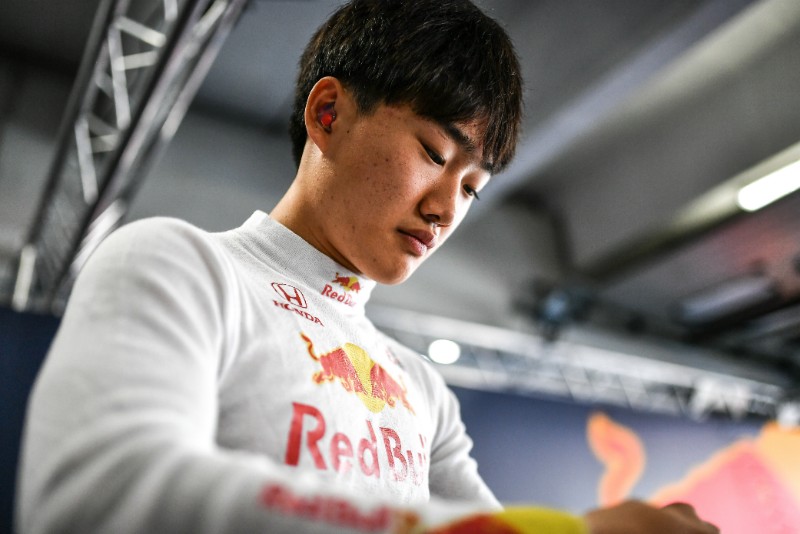 Teo Martin Motorsport’s Lukas Dunner also briefly led, before first place started to be fought over by the quartet of Japanese drivers in the field.

Carlin’s Teppei Natori was the first of the four to set the benchmark pace, and was briefly demoted by debuting team-mate Matsushita on his first flying lap. The Formula 2 racer had included a track limits violation though, and he was dropped back down the order.

New Motopark signing Cameron Das followed a similar strategy to Matsushita, running few laps and venturing onto the track much later than everyone else, and held first place by almost a second after Motopark’s Tsunoda had taken the position for the first time.

With 10 minutes left of the 35-minute session, Matsushita returned to the top spot, only being bettered by Tsunoda in the last minute of the session. Just 0.016 seconds separated the pair, with an even later lap by Tsunoda’s championship-leading team-mate Sato meaning the top three were covered by 0.037s.

Das held on to fourth, with Double R Racing’s Linus Lundqvist emerging in fifth at the end.

Drivex School’s Rui Andrade impressed in eighth, less than a second off the pace, in his second weekend in his ex-Van Amersfoort Racing HWA-powered chassis.