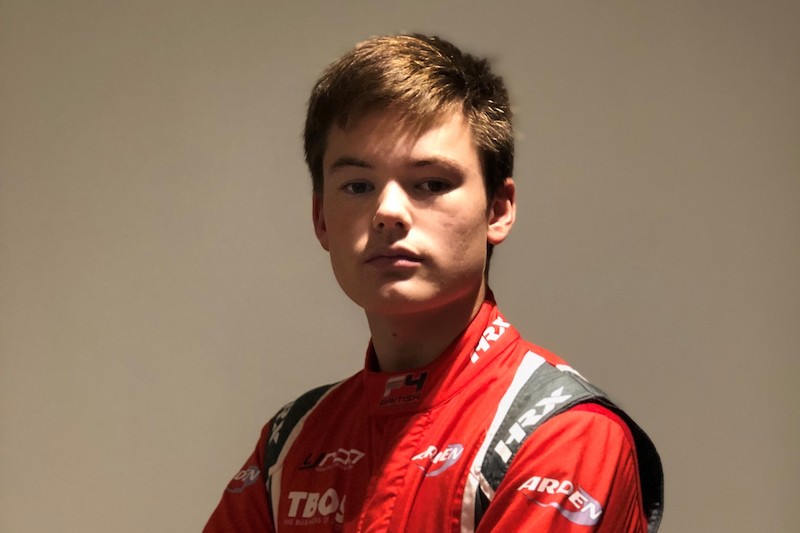 Arden has named Frederick Lubin is the first driver to be confirmed for the 2020 British Formula 4 championship.

Lubin is latest to step up from karts to F4 with Arden and the Young Racing Driver Academy (YRDA). He will make his car racing debut when the 2020 season kicks off at Donington Park next year.

He spent 2019 competing in Junior Max karting championships, as well as testing the F4 car at Pembrey and Anglesey.

?I?m delighted to be joining the F4 British Championship for 2020 with Arden Motorsport,? said Lubin.

?I?m very happy, I?ve just got to get my head down now for testing and looking forward now to March next year.

?I?ll have been with the team a year in January. I?ve felt at home pretty much since day one and they?ve done everything to get me to where I am today and obviously we?ll continue to push all of next year as well.

?My family are all very supportive. Mum and Dad have been extremely helpful. My school as well have been very supportive of this dream. The commitment from all of them is unreal, so I know I have to deliver next year.?

Lubin?s most recent focus has been the Kent Kart Championships, where he currently lies 11th in the Junior Clubmax Kent Cup with two rounds remaining.

The 15-year-old is just the latest YRDA driver to join Arden in British Formula 4, following in the footsteps of Alex Quinn and 2019 drivers Tommy Foster, Bart Horsten, Alex Connor, and Abbie Munro.

?Everybody at Arden Motorsport is delighted to have Frederick on board for the 2020 F4 British Championship season,? said team manager Gary Ward.

?He?s been part of the YRDA for a while now and has shown he?s ready to make the step up from karting to single-seaters; we?ve got a great track record of bringing rising stars through and I?m sure Frederick will be the latest addition to that.

?Now the hard work really begins! We?ve got a great winter testing programme lined up, plenty more news to announce in the coming weeks and the atmosphere back at base is really positive for next season.

?Hopefully our current team of drivers can end the season on a high next weekend at Brands Hatch and then we can get the wheels in motion for 2020!?